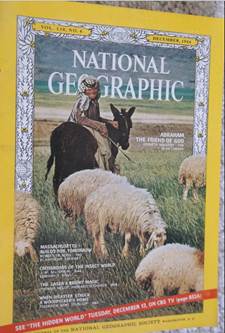 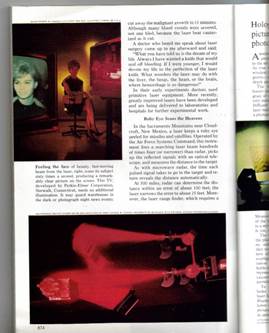 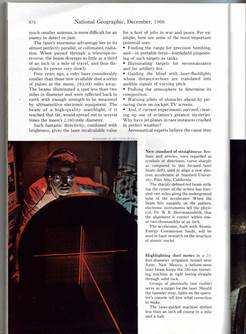 In the Sacramento Mountains near Cloudcroft, New Mexico, a laser keeps a ruby eye peeled for missiles and satellites.  Operated by Air Force Systems Command, this instrument fires a searching laser beam hundreds of times finer (or narrow) than radar, picks up the reflected signals with an optical telescope, and measures the distance to the target.

As with microwave radar, the time each pulsed signal takes to go to the target and return reveals the distance automatically.

At 500 miles, radar can determine the distance within an error of about 100 feet; the laser narrows the error to about 25 feet.  Moreover, the laser range finder, which requires a much smaller antenna, is more difficult for an enemy to detect or jam.

The laser’s enormous advantage lies in its almost perfectly parallel, or collimated, radiation.  When passed through a telescope-in-reverse, the beam diverges as little as a third of an inch in a mile of travel, and thus dissipates its power very slowly.

Four years ago (1962), a ruby laser considerably smaller than those now available shot a series of pulses at the moon, 240,000 miles away.  The beams illuminated a spot less than two miles in diameter and were reflected back to earth with enough strength to be measured by ultrasensitive electronic equipment.  The beam of a high-quality searchlight, if it reached that far, would spread out to several times the moon’s 2,160-mile diameter.

Such fantastic directivity, combined with brightness, gives the laser incalculable value for a host of jobs in war and peace.  For example, here are some of the most important potential uses: 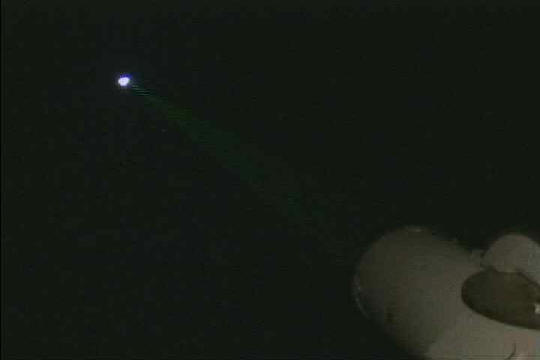 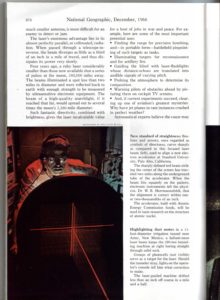 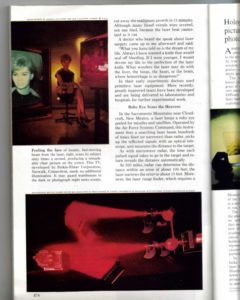 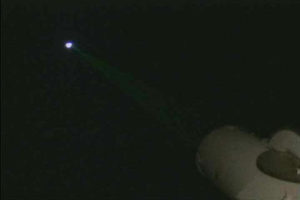 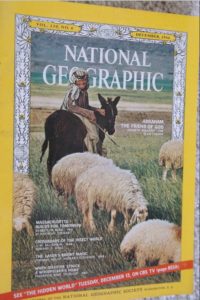 This was posted due to its unavailability on the original site: www.americanmoon.org…