Because of the research I have done and the things I have written about -partic ularly the Apollo stuff and the Solar System stuff, I sometimes get into conversations that indicate people seem to have misconceptions about astronomy. They are sometimes unable to separate “NASA” from the study of the night sky and so forth. With this in mind, following a recent facebook conversation, I thought I would include 3 links what should be useful in studying astronomy.

For example, here is a Patrick Moore book from 1961:

And here’s a list of other Astronomy books (some pre-NASA).

Yes, some of this material may be out of date – but the basics of one’s own observations are the same. 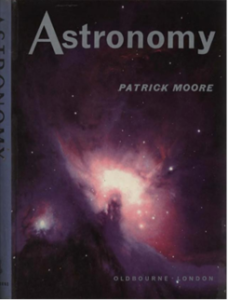