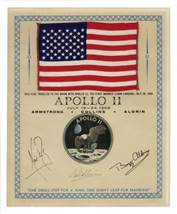 One of the common discussions about the Moon Hoax centres around the “waving of the flag” – and it being impossible, due to there being no air currents and so forth. Of course, this is always debateable – as it is claimed the flag was unfurling or being moved by some action of a spring in the horizontal pole etc. However, much less discussed is the long-term survival and condition of the flag. Someone wrote to me about this today – sending me this 4-minute news report from 4 July 2011:

This put me in mind of 2 excellent videos by Jarrah White, which strongly imply the flags could not have survived, to have been photographed by LRO in 2009-2012, as NASA claimed:

Jarrah White has several other videos about the flag(s) too – and you can find them on his channel. His website is www.moonfaker.com .