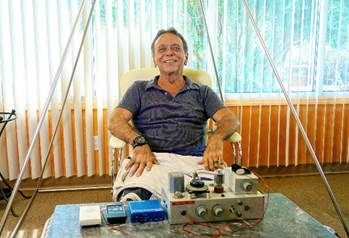 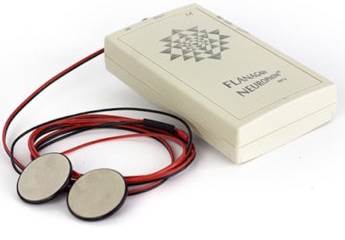 Flanagan was a highly intelligent man who recently passed on. Mitch’s video is a good summary of some of the work Flanagan did to promote awareness of “Pyramid Power.” He also invented a number of devices and techniques – one of which was the “neurophone” – which allows the brain to be moved into the “alpha state”. This is achieved through the use of a 40khz signal, which can be transmitted through transducers, attached to your forehead or your neck. (A “personal video” by a Swedish man explains some of the benefits he has experienced.) These signals are picked up by the saccule – a small chamber in the inner ear. I was interested because the same part of the body is used in dolphins to allow them to communicate using ultrasonic sound. 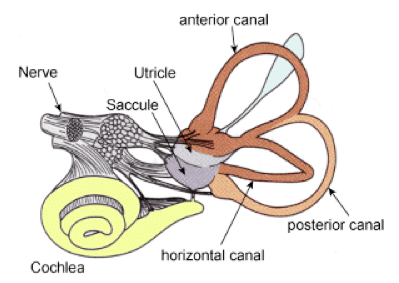 I was very interested in the part about the saccule and the dolphin, because of segment I included in chapter 19 of my “Acknowledged” book (tinyurl.com/apuacc )  – which I have reproduced below…

The Dogon and the Aquatic Ape

In chapter 18, we learned about the mythology of the Dogon tribe and how the Nommo (a race of Fish people) came to earth and gave us civilisation. Also mentioned in Temple’s book are the stories we have in Western Culture of mermaids/sirens – fish people. Not mentioned in Temple’s book is the “Aquatic Ape” theory, which was promoted, initially, by Elaine Morgan (1920 – 2013) in the 1970s[i]. Morgan had come across the theory, which was mentioned in Desmond Morris’ 1967 book “The Naked Ape”[ii]. This theory considers that humans have a number of characteristics that are found in marine mammals but not in any primates. Morgan wrote on her website[iii]:

In 1960, Professor Alister Hardy published his idea that several of these differences would be much easier to explain if our ancestors had lived not on the open grasslands but at the water’s edge.

Morgan wrote about this in her book “The Descent of Woman,” which was published in 1972 and it became a best-seller. Of this book she writes:[iv]

The Descent of Woman became a popular best-seller, but the scientific community, naturally enough, reacted with contempt. They had strong reasons for doing so. I had no scientific qualifications, the book was politically motivated, the style was confrontational and I wrote it too fast to have done much research. Moreover, the concept of the ape that moved to the plains had been unquestioned for over forty years.

I must mention here that Morgan had no obvious interest in aliens, Sitchin, UFOs or any of these topics, she merely became interested in the idea that humans had some connection to aquatic mammals. She explained this more in a 2009 “TED” talk[v].

We will now examine compelling evidence which suggests this theory is correct. A website called “Primitivism.com” carries an excellent summary of this evidence, which is easy to describe and understand.[vi]

If we compare humans to mammals which spend the majority of their time in water, we see some very interesting common characteristics, which we do not share with chimpanzees or any other primates.

The first one is that humans have a layer of fat – called subcutaneous fat and can they can become very obese. We are the only primate that has this.[vii] We have “naked skin” – like a Hippopotamus or an Elephant. We actually have most of our hair in the opposite places that a chimpanzee does. Consider Walruses and their apparent obesity and why they are like that. Also consider Seals and Dolphins.

We are the only bipeds in the animal kingdom – and apes / monkeys are forced to become bipeds when wading through water (and this is when they will spend the most time walking on two legs.)

Human speech requires conscious control of breathing – which is also required in diving animals and birds. When, for example dogs or chimpanzees are swimming or wading up to their necks, they will always keep their head above water. The website article by Elaine Morgan, referenced above563 notes:

The most widely discussed contrast between ourselves and the apes is that we have bigger brains. A bigger brain may well have been an advantage to early man, but it would have been equally of advantage to a chimpanzee: the question is why one of them acquired it.

One factor may have been nutritional. The building of brain tissue, unlike other body tissues, is dependent on an adequate supply of Omega-3 fatty acids, which are abundant in the marine food chain but relatively scarce in the land food chain.

Also, in this same article, Morgan includes a table, comparing certain characteristics of Humans with Apes, Savannah dwellers and Aquatic Mammals. I have included a slightly modified version of this table below (additions shown in parentheses).

The ‘Yes’ in column 3 refers to the bonobo; in column 4 the rhinoceros and the elephant.

Further to this table, we can mention articles which note “Dolphin DNA Very Close to Human”[viii] and “Diving Deep into the Dolphin Genome Could Benefit Human Health[ix].” A paper on PubMed with a title “Morphological evidence of marine adaptations in human kidneys”[x] notes similarities between human kidneys and those of marine mammals. This is also quoted on another website in an article about the kidneys.[xi] 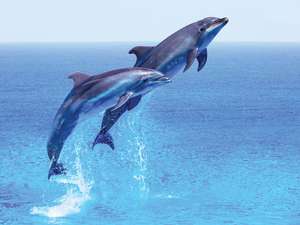