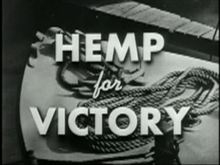 Thanks to Enrico, who sent me the highly informative 14-min video about the destruction of the US Hemp Industry. Though I was aware of most of the elements in this video, it is a concise and powerful summary of the situation with Hemp.

It makes it clearer that Hemp was not just suppressed because of the “Cannabis” angle, but also because it was a threat to the burgeoning oil and petrochemical industries which were greatly expanding during the 1940s.

And in these days of fears about toxification and the accumulation of plastic waste, it should be time to force the likes of DuPont et al to “change their ways.” But people at the top are too blind or blinded and too greedy for this to happen, in my opinion. Here is a succinct quote from one speaker in the video.

A 100 years ago the farmer produced all of the fiber, all of the medicine, all of the fuel and all of the food – that the society consumed. That’s what farming is. You raise those four basic categories – fiber, food, medicine and fuel – and you sell them in the cities. Those are the basic necessities of life. The money flows out of the cities back to the landowner and to the producer – where land is the means of production of wealth.  It’s been that way for thousands of years.

Today – a hundred years later – the farmer doesn’t produce any fiber. If they do, it’s cotton – which accounts for 50% of the pesticides and herbicides used in the agricultural sector. The farmer doesn’t raise any medicine – it’s all been monopolized by the pharmaceutical companies. The farmer doesn’t raise any fuel – it’s all been monopolized by the petrochemical companies. And if you go into a grocery store and look at the ingredients on a package, you’ll find out how rapidly the farmer is being displaced in their heritage of food production. It’s all been taken over to the synthetic manufacturers, who in producing these synthetic products, create the toxic waste and hazardous by- products which we’re having such a tough time dealing with. And not only that, it concentrates wealth in the hands of fewer and fewer people all the time – because the means of production of wealth is no longer the land. It is now the factories and the shareholders and the people who own the controlling interest in those corporations.

The video also references a film made in 1942 by the US Dept of Agriculture:

Stick that in your “climate crisis,” ay? 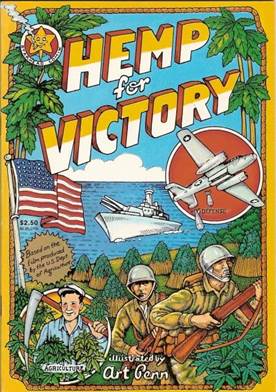