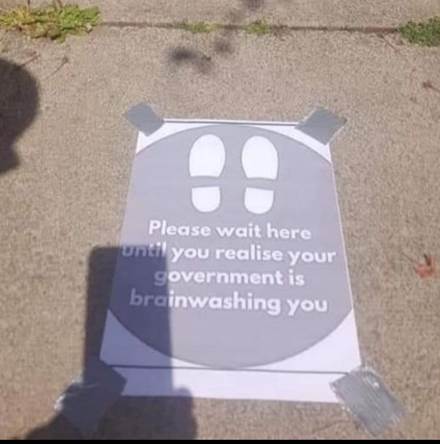 Ted Nugent Agrees – No Masks, No Social Distancing, No “Lockdown”

Why do I have to stay home just because are scared? How about stay home…. stay in house indefinitely, wear a mask, socially distance yourself from me, avoid restaurants, avoid baseball games, stay off the roads, avoid malls and beaches and parks, believe the made up death numbers, believe the media hype, Get your toxic vaccine while avoiding vitamin C, sunshine and the things God gave us to actually heal,
I’m done playing dumb game. We are not “all in this together.” I’m not wearing dumb tin foil hat anymore. I’m no longer going to be a prisoner of your fear. I’m no longer staying in my house or catering to because are scared. I’m not wearing a mask and I’m not staying 6 feet away from you anymore because I’m not afraid of you. You are not my enemy and if I get sick, it’s not because of , it’s because of me and my system, which not only have I been addressing for quite some time, but I also know how to treat if I get sick.
This virus (or whatever it is) is already circulating. Millions of people have already encountered it, as it’s been circulating around the world probably since last September. You WILL have to confront this thing, if you haven’t already. There is no way around it, unless you lock yourself up in your house and it somehow doesn’t manage to hop on some mail or some groceries that you ordered online.

fear is not an excuse to destroy America. fear is not my fear and your fear does not have the right to interfere with my life, my job, my income or my future as a free American citizen. So if you’re scared, you can just put your tin foil hat on, or even wrap foil all around your whole body – or around your whole house if you wish – but please keep your fear contained to your little corner of the world and don’t contaminate me or my family or my Country. I copied & pasted this from Grey Havens’ page it’s perfect

Dr Judy states that all vaccines on the CDC schedule should not be used and a 5-year moratorium started.

ER Editor: The reporting on this, via Bloomberg, seems to rely on articles from The Korea Herald (English language). See this from a month ago titled Tests in recovered patients found false positives, not reinfections, experts say. And this from May 18 titled Isolation unnecessary for recovered COVID-19 patients: KCDC.

This is another instance of where using the PCR test has (deliberately?) caused so much confusion, enabling the fear to be ramped up over ‘reinfections’, when the test can’t actually distinguish between a live virus and dead copies. As the KCDC advises, formerly infected people now should not require any further testing to go back to work.

Since May 18, 2020, President Trump has been accused of killing people by major media for announcing that he has been taking hydroxychloroquine (HCQ) for two weeks to prevent the occurrence of COVID-19. Even the usually calm Neil Cavuto on Fox News accused the president of killing people by promoting the medication: “It will kill you. I cannot stress this enough. It will kill you.”  Fortunately, the thoughtful Fox News doctor, Marc Siegel, afterward supported the President’s use of the drug and affirmed that it saved the life of his 96-year-old father. Today, May 19, 2020 shortly after 4 pm in Washington DC, Trump explained on television he and his doctor made the decision because he had been in close contact with two people who tested positive for the coronavirus, SARS-CoV-2.

Simon Dolan has recently posted several updates (latest copied below) and the case against the UK Government has been filed in the Supreme Court. We can expect “big guns” to be pulled out here and my only question is “how rigged will the court be?”  They aren’t just gonna “roll over” and say “Oh sorry – we committed a huge treasonous crime…”

My lawyers have this morning filed my application to the High Court for a Judicial Review of the Government’s lockdown regulations. They have filed over 1000 pages of legal documents including an 87 page Statement of Grounds. We will be publishing the entire document on this site around 1pm today, along with the initial Govt response to our first letter.

The aim of the proceedings is to lift the ruinous lockdown, restore the civil liberties taken away from the public and allow schools, healthcare services and the economy to restart.

The number of people furloughed or unemployed stands at 10 million people, and billions are being wiped off the economy with every passing day. Those lucky enough to have jobs left at the end of this crisis could see income tax increase by up to 10p in the pound. The government has spent £13,000 per household on bailout so far.

A judicial review is the only effective means of challenging what the Government is doing and holding them properly to account. Boris Johnson and his crew have sleepwalked into this mess and are taking the nation over the cliff edge with them.

Letter to Wedlake Bell from the Government.

Letter to the Government

Covered in “The Spectator”

(Time to stop spectating and call out the lies for what they are, I guess!)

Here is anther article about the case.

Shame that article talks about “the spread of the virus” at the end – which is irrelevant to the legal case and “the spread” is really just another rumour… So much for the “liberty beacon’s” journalism. Like so many sites, it should be called “The Limited Hangout Beacon – Offering Just a Slightly More Sceptical Version of Government Narratives” whilst failing to point out the massaged/exaggerated death figures, empty hospitals and useless testing (all covered in postings here before).

UK Government and Coercion of the Population to Accept the Narrative