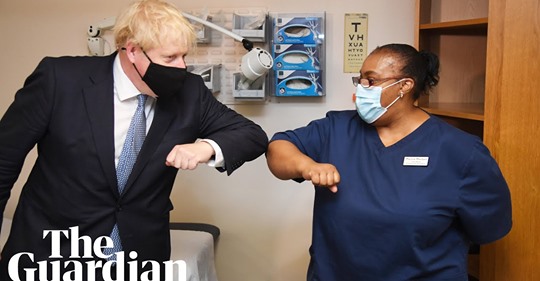 Thoughts from George in NE England

Today we learn that 30 million of us can have a free jab this winter. Let’s imagine 90% take up the offer although I won’t. That’s 27 million. Now add the ones who’ll pay for a jab and we probably well exceed that 30 million figure.  Let’s estimate that just 0.1% have a bad reaction or “must’ve had a cold hanging on just before they were jabbed”. That’s 30,000 sick people and there is your  second peak of illness believed to be Covid-19.

Pentagon Study: Flu Shot Raises Risk of Coronavirus by 36% (and Other Supporting Studies)

Thanks to Julia for these links.

Worth listening to. 2 people sent me this link – of particular interest is where Kennedy discusses the trial of the new SARS-COV2 vaccine at Oxford. It was stated they would use a placebo in trials – but they didn’t…

Masks – UK – Chief of Police. How is she Qualified to Comment on Public Health in such a way…?

The answer? She’s not, of course – it is part of her Common Purpose mentality that she would make such remarks. “Cressida Dick was deputy assistant commissioner at the Met and the senior officer in charge of the operation that killed Jean Charles De Menezes”. Read that story on that: socialistworker.co.u…

So, here she is again, with positive contributions to our society. www.dailymail.co.uk/…

“‘My hope is that the vast majority of people will comply, and that people who are not complying will be shamed into complying or shamed to leave the store by the store keepers or by other members of the public.” (Video at the link above) Personally, it seems more appropriate to shame police or any type of “guard” who support human rights violations. After, all, we have charities in this country who attempt to shame other regimes for violations of human rights.

George in NE England also sent me this note:

“A mate is a bus driver. He very recently saw passengers on an open top bus, all wearing masks.”

I’ve just witnessed a 6’6, build like a….security guard refuse an elder lady of 5 foot nothing to a supermarket unless she wore a mask. She was on her way in slowly with her trolley and the guard said politely “excuse me you need to wear a mask” The lady shuffled in her bag and produced one and put it on. I feel awkward to say the least that I wasn’t quick enough to step in and say “aren’t you exempt?” I’ll know better next time. On entering I asked if they’d been provided with any kind of gov. Risk Assessment. Didn’t get an answer. Just a smile and please wear your mask. I later returned to the supermarket and describe what I’d witnessed to a staff member who was excellent in her response… “Oh yeah…”

Amusement Park – in Masks Folks!! Fun All the Way!!

Life here continues to get weirder every day. We took our daughter Lia to Europa Park at the weekend for her 7th birthday, in a place called Rust near the French border. We knew it was going to be restricted (we booked it long before the CV circus kicked off), of course, but I had no idea how contradictory, confusing and downright bizarre the trip would be.
Firstly, the park has a new indoor water park, called Rulantica, with dozens of water slides and suchlike. As soon as you pass the changing room area, masks are no longer required, so you have hundreds of adults and kids mingling in the various pools and on the slides, with no “social distancing” observed whatsoever. In this area, it was rare to see anyone in a mask. I guess the chlorine in the water neutralises the airborne pathogens…
When we went to the theme park itself (where all the roller coasters etc. are), it was a different story. Masks are mandatory there in all the queues and on the rides   (whether enclosed or open air!) and most people were wearing them constantly while walking about, even when not required. It was over 30 degrees Celsius and not uncommon to see older folk being attended to by first aiders, presumably for lack of oxygen, although I can’t be certain. This is usually a rare thing even in the height of summer, and we saw 3 separate instances within half an hour of each other, so I am inclined to believe the masks were a factor.
I had hoped that it would be possible to at least surreptitiously lower the masks a little and breathe through the nose (which is what I have been doing in the supermarkets since the beginning), but there was no chance of this, because the park has hired a private contracting firm (Patronus, funny name as it sounds like “patronise”) to roam the queues and shout at anyone who was not fully wearing their mask over nose and mouth. The operators also watch the riders via video cameras and if anyone takes their mask off during the ride, they stop it. (This happened to us twice).
The social distancing in the queues and the fact they were sterilising every other car and letting it go empty with no riders meant we were often queuing for over an hour, in direct sunlight, without being able to breath properly. I found it tough as a relatively fit man in his mid-forties. I can’t imagine how hard that must be for older visitors, especially those with health problems.
All in all, a strange, oppressive and often brutal experience. What was once a park associated with good times and happy memories for us a family has been turned into something akin to City 17 in the Half-Life series. Not something I would be willing to repeat!

Following the example done in Canada – and using almost the same wording, I decided to submit and FOI to Public Health England regarding the isolation of the SARS-COV2 “virus” and the testing kits (see below). In doing this, I found this, submitted on 16 June, but still unanswered after the 30 day period that, by law, it is supposed to be answered by: 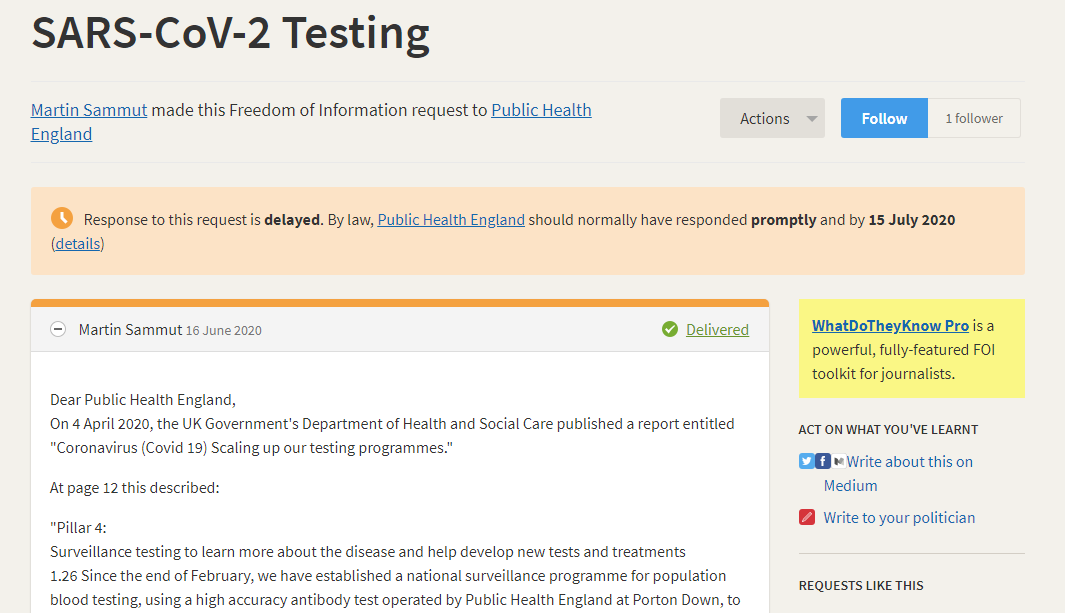 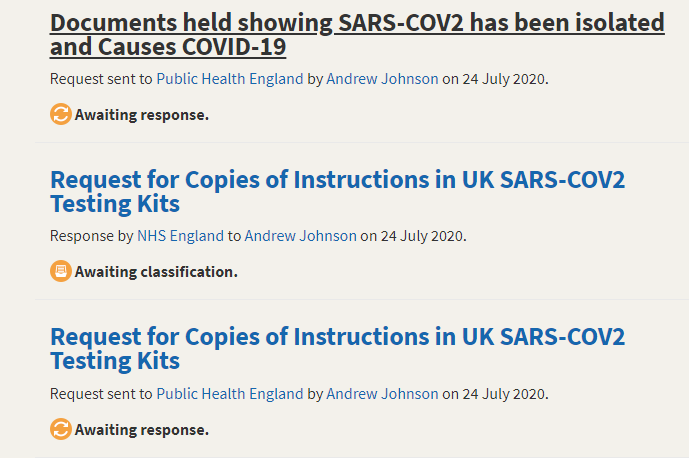 Government interference related to COVID-19 is increasing and personal freedoms are being threatened. Each day, new stories surface about government overreach.

In one egregious instance of overreach, health authorities in Hardin County, Kentucky had a woman fitted with an ankle monitor after testing positive for COVID-19, because, while she agreed to self-quarantine, she refused to sign a list of quarantine conditions she believes went too far.

A couple of people sent me links to this interesting scientific paper. I had no idea this had been published.

He expresses clearly how many of us feel about what is happening.