Yet more breaches of human rights. These proposals, as far as I am concerned, are illegal – as well as being based on an underlying fraud – as I tried to illustrate in my report. This is nothing to do with public health. It’s a control, inventory and tracking system a la Agenda 21.

How will testing increase between now and early 2021?

The documents show a proposed three stage rollout. They state that the UK will carry out between 200 000 to 800 000 tests a day between September and December 2020. This might break down to:

From December the plans propose increasing daily capacity to between two and four million. This would involve mass testing of all homes in local areas or whole cities when prevalence rises (430 000 tests a day), testing high contact professions such as teachers every week (100 000 a day), and testing people to allow them to enter high risk settings, such as visitors to hospital and care homes.

The plan then states that there would be “full rollout” in early 2021 to 10 million tests a day, to “enable people to return to and maintain normal life.” At this stage, weekly testing would be made available progressively to the whole population to allow people to go to high risk events by using a “digital passport” to show they have tested negative for the virus.

RFK Jr and German Doctors Speak Out About Australia

Isn’t School a Pleasant Place to Be These Days?

Thanks to Brendan for sending me this from the school his children go to: 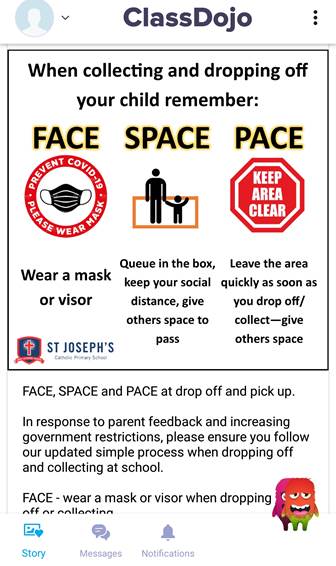 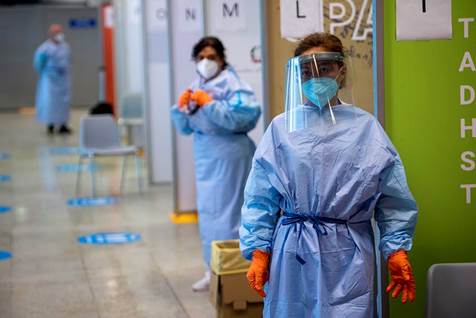 She basically says it was “no different to ordinary flu” – it’s just that, as we know, all the services were messed around with, as she explains.

Why would she be saying this…. anyone…?

Gates also said society may need to start holding social media companies to account for their role in helping such disinformation spread.

“I think it’s up to society to start to figure out, ‘OK, what do we do about that?’ How do we think about disinformation in a society or how do we think about political ads and where they should be placed and what they do or don’t get to say?” Gates said.

“So it might be time for some reckoning on that after this pandemic is over. I don’t think in the middle of a pandemic, though, that that’s what we’re gonna get done.”

Where’s the Virus…? FOI’s From Around the World

Thanks to Christine for this!

Attached is a pdf that includes all 12 responses that my colleague in New Zealand and I have received thus far, re isolation of “the virus”.

All of the institutions indicated that they have no record describing the isolation of a SARS-COV-2 virus from a patient sample that wasn’t first mixed with another source of genetic material, anywhere on the planet, ever, by anyone.

And fyi, I submitted the same FOI request to several other Canadian institutions and await their responses:

And my colleague in NZ is awaiting responses from numerous institutions including:

Cheers and all the best, and many thanks for what you’re doing!

This story has “done the rounds” in that a World Bank Export Report seemed to show “COVID-19” testing kits being traded in 2017. I am still not sure if this was just some kind of database issue. I wondered, at first, if it was a database issue – in that they add a product onto their database, and it just gives a cumulative total or something. So, if a product was added in 2020, you could query it in 2019 and get results. But they have very recently, changed their labelling, it seems. I sent them an email, but they didn’t reply… 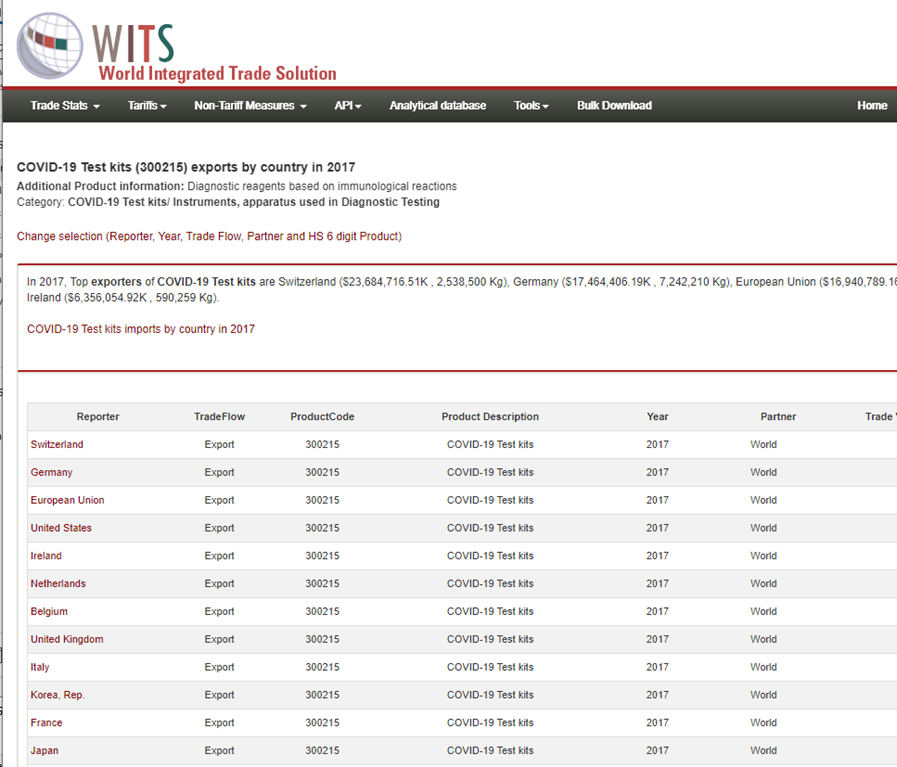 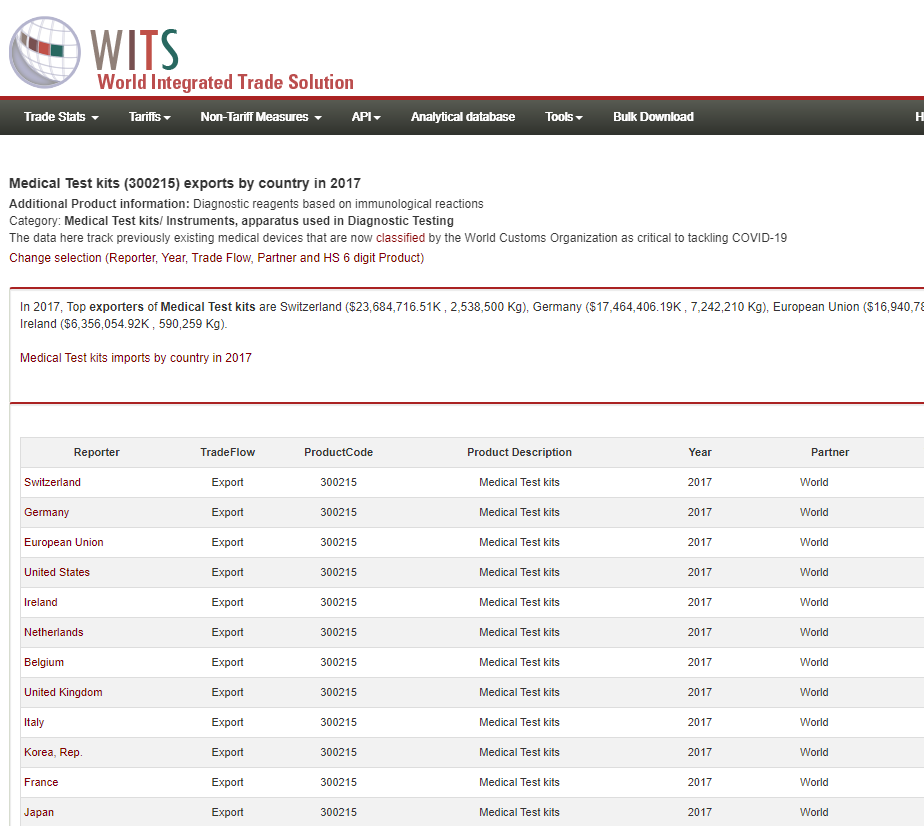 Some time ago, Steven  sent me this redacted affidavit given by a former DoD worker/contractor where he covers various topics. He mentions how, at meetings related to black programmes, he came across “this guy” – who he, very much later, realised was Anthony Fauci…. The DoD guy did some work for SAIC – which I have a particular interest in…

…this person was witness in Chatham House style meetings to biotechnology in the hands of what we would consider ‘military industrial complex’ company’s being handed out to foreign companies – he describes them as ‘Alein’ but I think used in the context of foreign countries in the document. Weather he or a group raised concerns or objections to this is hard to figure from the document but it seems he was forced out of his position. What also caught my attention was that when he left his position, he states that he went to join SAIC, I think point 39 to 51 was where it caught my attention. I was not forwarding this document to draw any strong conclusions or anything, just though it might be interesting and help add to pieces of the puzzle so to speak, considering the video I became aware of by Brendon O’Connell you shared a week or so ago regarding the China, Israel, Iran, Russia link.

Jon Rappoport on US Legal Cases against Lockdown

Covid update: The grand Ohio legal case for our time, against kings on their thrones

(To read about Jon’s mega-collection, The Matrix Revealed, click here.)

The news is coming fast, the implications are titanic.

On Monday, I wrote about Thomas Renz, the Ohio lawyer who is taking on a case for a set of plaintiffs, against Ohio Governor Mike DeWine and the state of Ohio.

The charge: DeWine has created massive damage through lockdowns and other “containment measures” designed to stop the spread of the purported coronavirus.

Against DeWine, attorney Renz has mounted a legal case to defeat both Constitutional violations AND gross scientific fraud.

Update: A crucial part of this case is the DISCOVERY process.  Attorney Renz and his colleagues would have the opportunity to sit down with key players in the COVID operation and grill them, in great detail, on matters of fact and science.

The lawyer involved was the one involved in the Volkswagen Emissions case.

Dr Northrup and Prof Cahill on the Frontline of Medical Tyranny

With Sacha Stone and Imani Mamlution