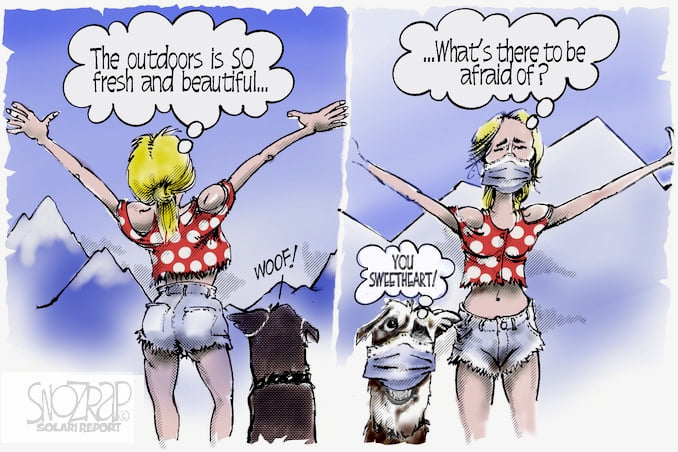 This is similar to what I did, but has been done in person by multiple people in an organised and polite manner (not that my electronic effort wasn’t polite!)

This starts off detailing the British/English “story” of Common Law rights etc and in a longer, 42 page document, later highlights current attacks on constitutional freedoms due to treasonous Corona Virus Bill etc. There is A LOT of other information crammed into the 42 pages relating to various corporate, banking and other fraud. Reference to Common Purpose is also included.

Vigano supports the original “Vatican 1” Catholic church – which had masses given in Latin etc and claims to be “truer” to the original form of the church etc.

This is a long video, included here only for the record. The “Appeal” that Vigano wrote is here:

“Shocking” claims indeed – but only to those like “chroniclelive” have condoned and supported fraud and terrorism of the British public by a corrupt and controlled media propaganda network.

A County Durham town councillor has made shocking claims on camera claiming that Covid-19 is a ‘fake virus’.

Independent member of Great Aycliffe Town Council Irene Hewitson says she does not believe the virus exists, despite more than one million people dying of Covid-19 worldwide.

The UK is currently experiencing a second wave with cases rocketing, while almost 45,000 lives have been lost to the disease.

Coun Hewitson also said it will be “like living in North Korea” if the country continues being subject to the Government’s current restrictions.

She told ChronicleLive: “We’re being locked down over a fake virus. I don’t believe the virus exists. When my neighbours, relatives, friends and work people are dying around me then I’ll believe it’s true.

“I’ve got a friend who works in the Nightingale Hospital and they’ve never had one patient. They’ve been cleaning a hospital for six months. It’s absolutely disgusting.

“My granddaughter goes dancing, she goes skating – all the things she enjoys is going ahead – and yet Boris can still go hunting and shooting, it’s absolutely disgusting.”

Sanity is Not Statistical

Anyone who ventures out onto the high street will see long queues of masked and muted figures. They probably cannot breathe but, we are told, breathing is dangerous. So we hold our breath. These flimsy shields have become the marks of subservience to a policy that, no one can deny, is bewilderingly inconsistent. The Government has stated on numerous occasions how ineffective face-coverings are; in one document, published on 23 June, it stated: “the evidence of the benefit of using a face covering to protect others is weak and the effect is likely to be small”. And yet, after only a few months, this symbol of conformity is now normalised and unquestionable. We have become literally silenced and distanced from one another. Why? Because scepticism spreads through communication and scepticism is contagious. According to one official within my university: “If you are comfortable talking to someone, then it is likely that you are not socially distanced”. Our statistical language cannot and does not speak to the sanity of human interaction.

Five people have died after getting flu shots in South Korea in the past week, authorities said, raising concerns over the vaccine’s safety just as the seasonal inoculation programme is expanded to head off potential COVID-19 complications.

Last week, WHO’s general director, Dr. Tedros Ghebreyesus, tweeted that he was glad to speak with the organization’s Technical Advisory Group (TAG) on Behavioural Insights and Sciences for Health to “discuss vaccine acceptance and uptake in the context of COVID-19.”

In his next tweet Ghebreyesus announced that Cass Sunstein, founder and director of the Program on Behavioral Economics and Public Policy at Harvard Law School, will chair the advisory group, which was created in July.

Sunstein was former President Barack Obama’s head of Office of Information and Regulatory Affairs where he was responsible for overseeing policies relating to information quality.

Prof. Raoult also stresses that, while HCQ is being repressed, the European Union bought for over 1 billion euros of Remdesivir, days before the WHO SOLIDARITY clinical trial confirmed, once again, it was ineffective both for reducing mortality or hospital stay duration. French hospitals are told they can get Remdesivir if they want, but not hydroxychloroquine.