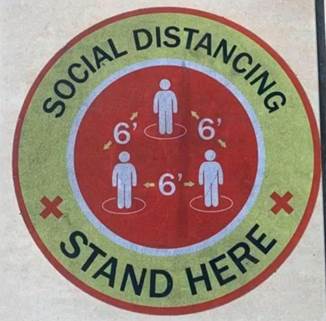 Kenny points out the harm being done by COVID measures, but does not explain that it is because of a fraud.

Jennie Matthias & John Watkins collectively known as ‘SECRET HIDDEN HAND’ [SHH] started to create songs during lockdown. Though they have never met they have managed to write several tracks and all of them relay messages that are relevant to our current situation. REFUSE TO COMPLY is the 3rd track up by the duo and depicts the current topic of masks, lockdowns and people’s rights. We hope you like it? Vocals recorded with Dave Mcewan in Hackney

Government by decree: Covid-19 and the Constitution – Lord Sumption (UK)

During the Covid-19 pandemic, the British state has exercised coercive powers over its citizens on a scale never previously attempted. It has taken effective legal control, enforced by the police, over the personal lives of the entire population: where they could go, whom they could meet, what they could do even within their own homes. For three months it placed everybody under a form of house arrest, qualified only by their right to do a limited number of things approved by ministers. All of this has been authorised by ministerial decree with minimal Parliamentary involvement. It has been the most significant interference with personal freedom in the history of our country. We have never sought to do such a thing before, even in wartime and even when faced with health crises far more serious than this one.

Jonathan sent me the PDF link (2 people sent me the video link).Peter Hitchens (Daily Mail journalist) has been vocal regarding the tyranny that is now in place. He wrote about this in the Daily Mail on 24and also posted the Sumption link/lecture 3 days later. www.dailymail.co.uk/…

Only anger will end this misery Johnson, the man who ruined Britain, continues to stamp across the landscape like a mad giant, squashing small businesses, obliterating jobs and then flinging funny money at the victims as if that could bring back what they have lost for ever. By doing so he achieves nothing. The crisis which he claims to be dealing with exists only in twisted statistics and shameless propaganda.  No suspicion that he might be mistaken appears to have crossed his mind. Those of us who have tried using facts and reason to change his mind are more or less in despair. The funny money is visibly running out. Increasingly, I fear that anger is the only force that will bring this misery to an end. I hope not, for that will bring new miseries. Can nobody reach him, while there is still time?

Jonathan notes (and I agree) that Hitchens and Sumption are essentially just mouth pieces:

What is puzzling is that Hitchens, Lord Sumption, even our enlightened and informed epidemiologists Mike Yeadon, or Gupta, never seem to draw conclusions beyond the immediate, always couching this situation in terms like, our politicians made a mistake, this can be changed if only our politicians were approachable or set on lockdown measures in error based on panic and scientific misinformation or public opinion, or the models are wrong. Arguments like that are weak when you know more, UN, WEF, The great reset, BMGF and the psy-ops techniques which have involved using weaponised propaganda against us.

The fear and the lie: There is a pandemic causing virus that is deadly as the plague and we must do everything in our power to stop its spread, including destroying our society, our economy, the lives of old and young literally or psychologically and our way of life, despite the fact there is NO evidence for a pandemic at all.

Surely mouth pieces like Hitchens, Sumption, Talk Radio and many others providing alternatives to the narrative have read more widely and know more than they seem to convey.

“The most brilliant propagandist technique will yield no success unless one fundamental principle is borne in mind constantly – it must confine itself to a few points and repeat them over and over.”

“It would not be impossible to prove with sufficient repetition and a psychological understanding of the people concerned that a square is in fact a circle. They are mere words, and words can be molded until they clothe ideas and disguise.”

Dr. Joseph Goebbels, beside being an intriguing character, was the Propaganda Minister for Hitler’s Third Reich. He was recognized as a master of propaganda as his work was studied after WWII. Goebbels did not survive to enjoy the recognition; he and his wife committed suicide on 1 May 1945, a week before the final collapse of the Third Reich.

After the war, US personnel discovered a very large diary dictated by Goebbels. In it are his principles of propaganda. Leonard Doob’s 1950 article details them from a translation of the diary by Louis Lochner (1948).

These principles are abstracted from Jowett & O’Donnell.

Thanks to Al for sending me this: www.missouristandsup…

Missouri Stands Up is a rallying point for all the emerging voices in Missouri who advocate similar goals. We formed in the crucible of COVID-19, we are a growing group of patriotic Missourians committed to preserving our Constitutional freedoms.

It is our duty and privilege to protect our fundamental liberties while demanding our elected leaders be held accountable and be shown they cannot act with impunity for their tyrannical and corrupt behavior.  We are united in our common goal to stand against continued violations of our Constitutionally guaranteed freedoms, while working to restore those freedoms of which we have been deprived.

Join us in building a coalition across our state!

I received the following notes and links from Chris.

Firstly…  Coronavirus vaccine being developed in Oxford ‘is safe’.  Prof. Andrew Pollard is a member of the WHO strategic advisory group.  Andrew Pollard (biologist)

The WHO of course is funded by the US Government and the Bill and Melinda Gates Foundation. So a link surely to why they are the only professionals allowed on TV agreeing with the script.

Secondly… COVID-19: Why are cases spiralling in the UK?. Prof. Paul Hunter who ‘ is the methodologist to the WHO guideline development committee on drinking water quality and currently leads the knowledge and evidence group within the WHO/UNICEF global action plan on Water.’