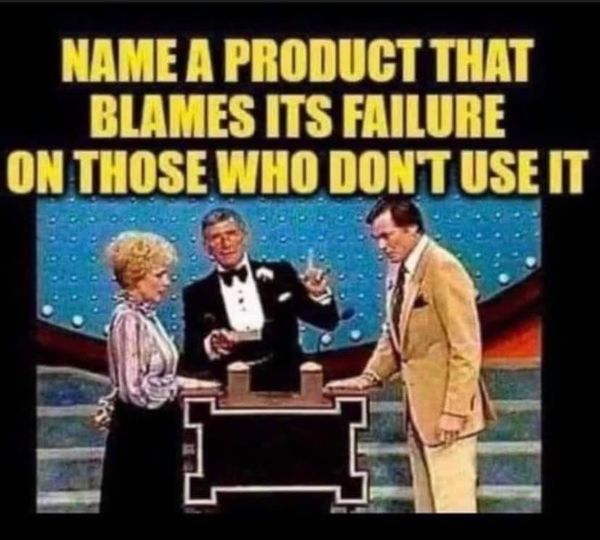 Claudia was Correct in September 2019

And her expletives were, I would say, fully justified…

The stories have been popping up for at least a year – but this one seems to be “moving things down the line…” in a disturbing manner.

www.620ckrm.com/2021…. Note the author anonymity. Will there be enough paid thugs for them to get away with this sort of dehumanisation activity in more than one country…?

The Saskatchewan Health Authority now says it is putting together a COVID Enforcement Team. The group will be made up of mostly retired police officers who have special constable status.

The information was conveyed in the most recent Physicians Town Hall Meeting. Medical Health Officer Dr. Johnmark Opondo says the purpose of the CET is to enforce public health measures, in particular proof of vaccination non-compliance at businesses that are not typically regulated by public health inspectors. They will also be charged with enforcing masking public health measures.

In addition to a COVID Enforcement Team and a on-line form or phone number to report on fellow citizens, the government is also setting up a secure isolation site for those deemed needing to be isolated by a medical health officer.

“Public Health Inspectors and police, once the Medical Health Officer has signed a form for secure isolation, will be involved in assisting and transporting and moving people into the secure isolation site.”

Secure isolation would apply to those who are told they need to isolate due to COVID-19 but refuse to. It is not in any relation to vaccination status.

This site, expected to be ready in the next three weeks, is going to be located at the Saskatchewan Hospital in North Battleford.

They refer to those sent to the secure isolation site as clients, not detainees. However they will be there under a detention order.

The town hall heard the CET will likely be out in the field in 1-2 weeks.

Thanks to Matt Watermann for sending this.

“I was threatened with disciplinary action for asking a few questions”

A doctor at the Princess Elizabeth Hospital, who resigned this week in response to 12-15 year olds being vaccinated, told Express he was threatened with disciplinary action for “just asking a few questions.”

Dr Scott Mitchell made headlines this week after resigning from the Emergency Department of the PEH. He took issue with Public Health’s decision to follow the UK and other Crown Dependencies in offering a covid vaccine to 12 to 15-year-olds.

“I think at the moment we should hold off vaccinating healthy 12 to 15-year-olds,” said Dr Mitchell.

“Everything in medicine is based off a risk benefit analysis; is this treatment you’re going to give a patient in their best interests, i.e. do the benefits of that treatment outweigh the risks.

(Another) Pfizer Whistle-blower Speaks Out, Reveals Why She Finally Decided to Come Forward

A Pfizer whistle-blower said that she decided to expose her company after a decade of working for them because she feels that people are not making informed decisions about what goes into their bodies.

Melissa McAtee told The Daily Wire’s Candace Owens that she had damning information on Pfizer, which recently had their COVID-19 vaccine approved by the Food and Drug Administration, but did not elect to reveal it until another whistle-blower for the company spoke on why they had come forward.

“I watched Jodi’s [O’Malley] whistle blow and she said that, you know, she doesn’t fear men she fears God, and I thought, well, I believe that so why aren’t I doing anything?” McAtee said, adding that she then reached out to Project Veritas.

Further details are in this story from “Life Site News”

Plandemic 2? Marburg? The Next Fear Fraud and Scam (on a bigger scale)?

In an essay titled “Pandemic I: The First Modern Pandemic”  by Bill Gates, published on his personal site, on Page 3, he writes:

It is reasonable for people to ask whether the behavior change was necessary. Overwhelmingly, the answer is yes. There might be a few areas where the number of cases would never have gotten large numbers of infections and deaths, but there was no way to know in advance which areas those would be. The change allowed us to avoid many millions of deaths and extreme overload of the hospitals, which would also have increased deaths from other causes…

Several people have circulated links/videos about the next plandemic – this article seems to be a good summary of the facts, with relevant links embedded

While it would now appear from Mainstream Media’s propaganda and the relaxation of some of the draconian restrictions on freedom, that the war on the COVID pandemic war is being won, however I believe that this is a ruse, reinforcement part of a larger PSYCOPS to complete an ongoing Eugenics agenda.

Another related article I found: everydayconcerned.ne… even mentions one of Stanley (father of Boris) Johnson’s book called…. “The Marburg Virus.”

A number of additional videos, articles, postings etc have appeared in relation to the contents of the jabs. I am not sure what to make of them all – as claims of seeing “self-aware hydra” or “aluminium-based life forms” seem hard to accept as being correct – based on my (limited-but-not-basic knowledge of Biology). See below the text for links. I also received some interesting thoughts from Frank O’Brien about the possible “placebo jabs.”

Random Placebo Trials www.clinicaltrials.g… means highly likely majority jabbed thus far had a placebo?  Only one out of five vials tested are the real deal it seems others saline, such a large cull operation could also be one out of three some areas though real deal doses probably differ to. Ordo Ab Chao their motto.

This world regulator data base states 3 jabs every year, the third a booster, all published way before jabbing started, estimated lol completion ph3 trials 2023 but unknown completion of ph4 trials. So that’s 3 jabs planned indefinitely then.

How many jabbed we don’t know, the liars report the jabbed numbers, likely lies. Always find the third to two-third rule usually a decent estimation for most guessing.

Majority glad to hear not taking Booster after the two jabs earlier in year, if not seeing the scam lying now then people who don’t are truly thick as.

Then there is the different ingredients and different dosing to, creates even more chaos, why so many different suppliers in the regulators link, that and liability per mixing the jabs to, though 1986 Act and EUA should cover that legal anyway. Interestingly though legal stands under lawful but need the knowledge, the BAR Law Society don’t have any being corrupt to the core for legal only not lawful.

TENTACLE TUESDAY: IS THERE “A THING” IN COVID VACCINES?

Well, why am I not surprised….? 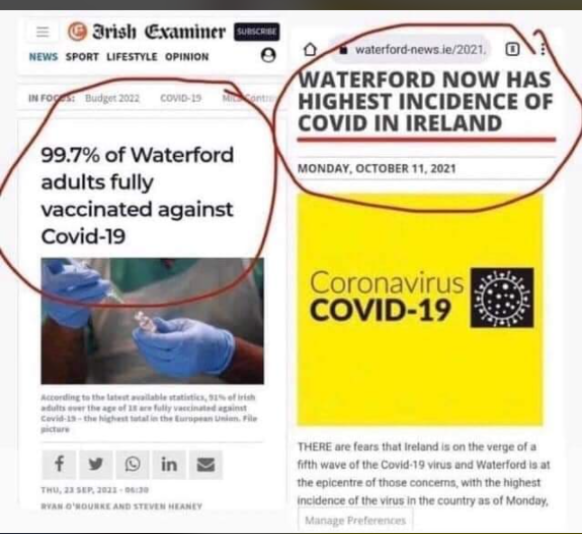