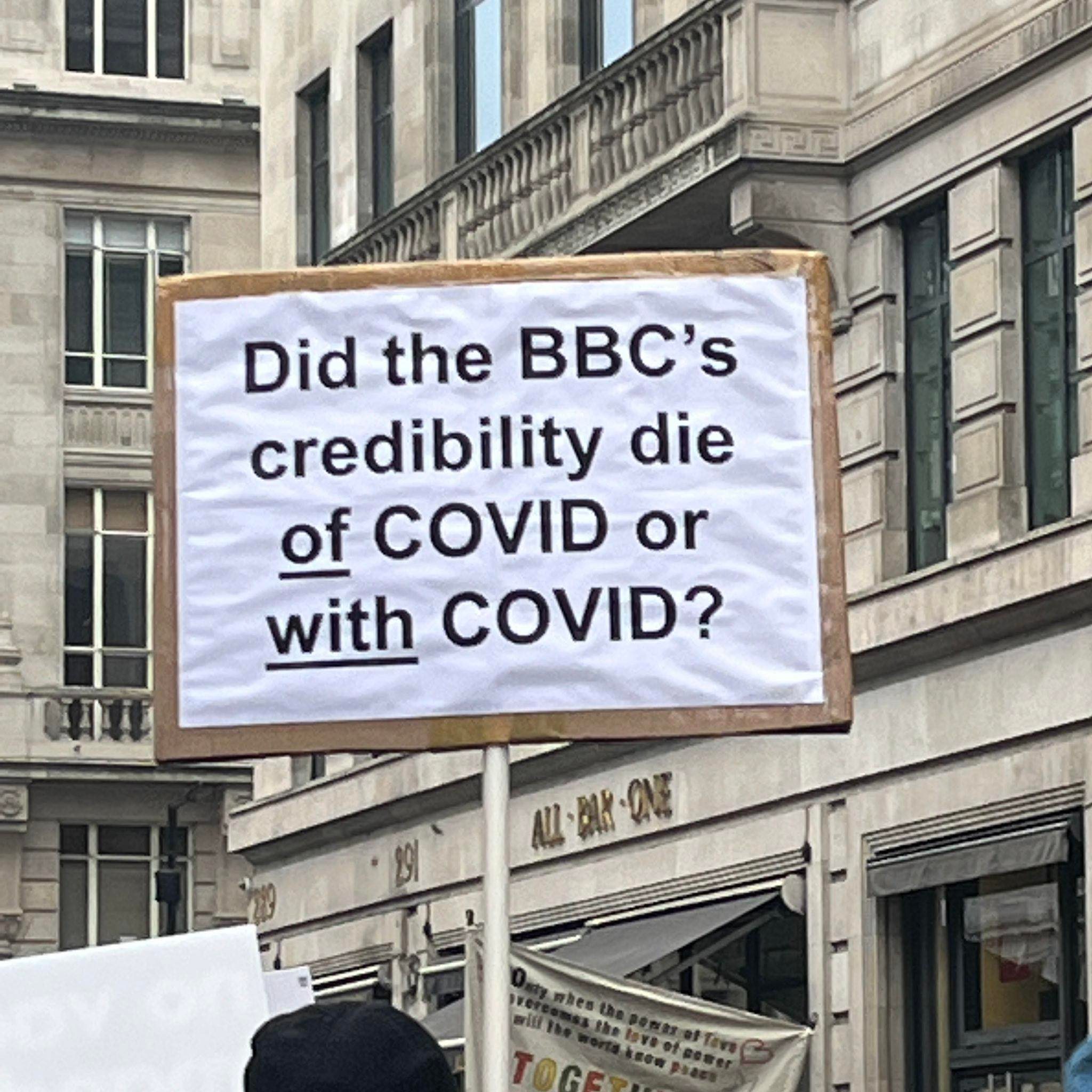 I thank Bob Seeley for his superb speech.

I ask him to consider how it was that we even considered “lockdown”, masking, mass testing, fraudulent use of known inaccurate PCR tests, border closure, business & school closures, promoting the flawed concept of “asymptomatic transmission” and numerous other untruths?

Furthermore, how was it that perfectly serviceable pandemic preparedness plans that all G20 countries maintained through 2019 were discarded without public debate & replaced by these novel, untested & unproven “non pharmaceutical interventions” in almost all countries worldwide?

The answer is unavoidable: it was PLANNED & COORDINATED.

Ferguson was the critical lighter of the blue touchpaper & the media was assigned the job of fanning the flames of fear.

Almost two years later, the objectives some of us desperately tried to tell you (literally, we wrote to 1000 parliamentarians ahead of the October 2020 vote on renewal of the Coronavirus Act 2020) are now clear.

Severe damage to the economies of all liberal democracies around the world.

Massed injection with gene based materials termed “vaccines” which are nothing but biological toxins, killing far more people than could ever be saved.

Gross exaggeration of the public health threat from this virus which, as it turned out, killed a similar number of people to a low end seasonal influenza (recent ONS data indicates <<10,000 people died FROM infection rather than the very much larger number of deaths WITH the virus.

Installation of meaningless “vaccine passports” around the world. Given the injections do not reduce transmission, that is the end of any public health argument for injection mandates and for VaxPass itself, everywhere.

Any country continuing to coerce these injections and / or requiring VaxPass is serving globalist Control agendas and injuring people & democratic freedoms.

In conclusion it’s quite obvious that this isn’t at all an exaggerated response in one country due to the hubris of one academic. That’s the narrative they want you to carry forward.

It was & remains a plot, the “Revolt of the Super-elites” against ordinary citizens.

Sceptical? Watch this. It shows rehearsals for a planetary control system going back DECADES.

They’ve not gone away & their totalitarian control ambitions will change its form,

It’s therefore VITAL that we peacefully yet firmly ARREST & CHARGE with preparations for & execution of CRIMES AGAINST HUMANITY by the prime minister & a core group of SAGE members in conjunction with certain media organisations, tech titans & the pharmaceutical industry.

If we don’t do this, these same people & organisations will continue they’re embedded, murderous assault on democratic peoples, mostly too polite to defend themselves. I’m not too polite & will happily give evidence at their criminal trials.

Best wishes & thanks for reading,

It would not surprise me that mass outrage is planned to allow them to implement the next stage of the plans. E.g. it’s not the “virus” which is a threat – but the mass mobs of angry people…. Here are some links which relate to this sort of issue 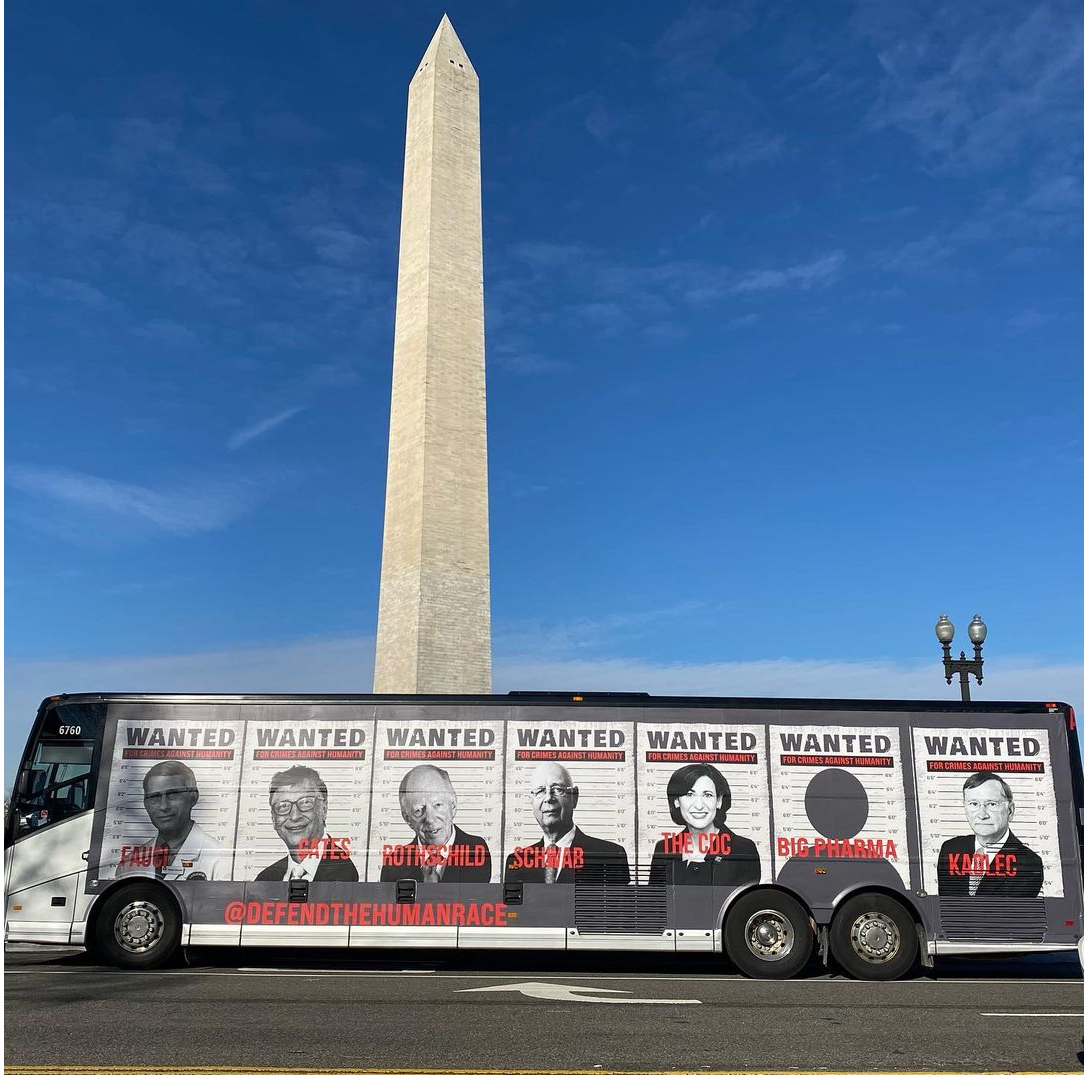 Short video of the Bus: twitter.com/FawkesGu… I wonder who funded this…?

Leaders get Called Out in Meetings

On the floor of the totally powerless European “parliament”, a Croatian MEP calls Rothschild-controlled agent Emmanuel Macron a MURDERER to his face.

Canadian woman tells Justin True-Dork to his face “WE NEED TO HANG YOU FOR TREASON, BECAUSE YOU ARE BETRAYING CANADA TO THE GLOBALISTS”:

Does this all indicate that the sheeple are finally WAKING UP, even the Conspiracy Theorists who are programmed with Conspiracy Theories by the Zionist-controlled mainstream-media (like the one about COVID actually “existing” outside of a bioweapons computer-model)?

A few people speak out.

CRIMINAL INVESTIGATION about the vaccine roll out in the UK. Part 2

The evidence is discussed with a police officer.

I understand these 2 stories weren’t widely reported (or at all) in the sports press.

“Please ask your doctor to explain to us how we got it wrong. We’d love to be shown we are wrong. But none of the health authorities want to talk to us for some reason. Not even for $1M.”

Moving someone from blue pill to red pill

When I first started on this journey, I thought if I put together a compelling story all backed by solid data and analysis and published in a peer-reviewed journal, we’d be done. Not so.

Consider the following real-life example: 4 neurologists in the same practice. One realizes that out of 20,000 patients they have 2,000 vaccine injured. She cannot convince her partners of this no matter how hard she tries. They all think it is bad luck. Even after the other docs get the vaccine and one of them is severely vaccine injured, he still wants to get the booster to protect himself from COVID.

My red pill doctor is amazed that her partners are so brainwashed that they cannot see what is going on; it is obvious to her.

So that’s how bad it is and how difficult it is to change minds.

He discusses the effects of being jabbed.

Limited hang-outs here really – but this is a useful summary of some things.