info@checktheevidence.com Knowledge, Not Belief
View basket “Secrets in the Solar System: Gatekeepers On Earth” has been added to your basket.

Where Did the Towers Go? by Dr Judy Wood

UK ORDERS WILL NORMALLY BE SHIPPED FROM AMAZON.

PLEASE NOTE, ORDERS DELIVERED IN OUTSIDE THE UK MAY BE SUBJECT TO A CUSTOMS CLEARANCE CHARGE OF ABOUT £10 or E11 before your book gets delivered. (Sorry, I have no control over this – that’s Brexit for you…)

If you are among those who have called for a new, open, and independent investigation, today’s your lucky day! This is not only “The New Investigation,” it is the only comprehensive-forensic investigation to date in the public domain. As of this publication only one person —myself, Dr. Judy Wood— has conducted a comprehensive investigation to determine what happened to the World Trade Center (WTC) complex. This was part of the federal qui tam (whistleblower) case I filed (2007) in which I accused the defendants of science fraud.

This book is a summary of the physical evidence submitted in my federal qui tam case accusing the defendants of science fraud. NIST was mandated by congress to “Determine why and how WTC 1 and WTC 2 collapsed…” yet NIST admitted to me that they did not analyze the “collapse.” The contractors they hired with taxpayer money knowingly allowed the fraudulent report to become final.

Sadly, this case had no support from the “Truth movement,” leaving the judges free to ignore the law in order to dismiss the case (which they acknowledged they did) so they could sweep it under the carpet. Had this case been allowed to move forward, the defendants (whose expertise is energy weapons) would have been put under oath (equivalent to subpoena power).

This is not a case of belief. This is a crime that should be solved by a forensic study of the evidence. Before it can be determined who did it, it must first be determined what was done and how it was done.
The order of crime solving is to determine

Many people have speculated as to who committed the crimes of 9/11 and/or how they did so. But without addressing what happened, speculation of this kind is nothing more than conspiracy theory, a phrase that also describes the 19 bad guys with box cutters story we were given before noon on 9/11/01.

My own research is not speculation. It is a forensics investigation of what happened to the WTC complex on 9/11/01. I don’t address who did it, nor am I concerned with that question right now. Before issues of that kind can be addressed, we must first determine what happened.

By definition, research that is purely empirical cannot be about and has nothing to do with conspiracy theory of any kind. The fact that others (in the mainstream media, the alternative media, and the so-called 9/11 truth movement) promote various theories about 9/11 is irrelevant to my research. On the other hand, to determine what happened, we must address all of the available evidence.

Anyone declaring who did what or how they did it before they have determined what was done is merely promoting either speculation or propaganda. The popular chant, “9/11 was an inside job,” is, scientifically speaking, no different from the chant that “19 bad guys with box cutters did it.” Neither one is the result of a scientific investigation supported by evidence that would be admissible in court. Neither identifies what crime was committed or how it was committed.

What is presented in this book is not a theory and it is not speculation. It is evidence. It is the body of empirical evidence that must be explained in order to determine what happened. 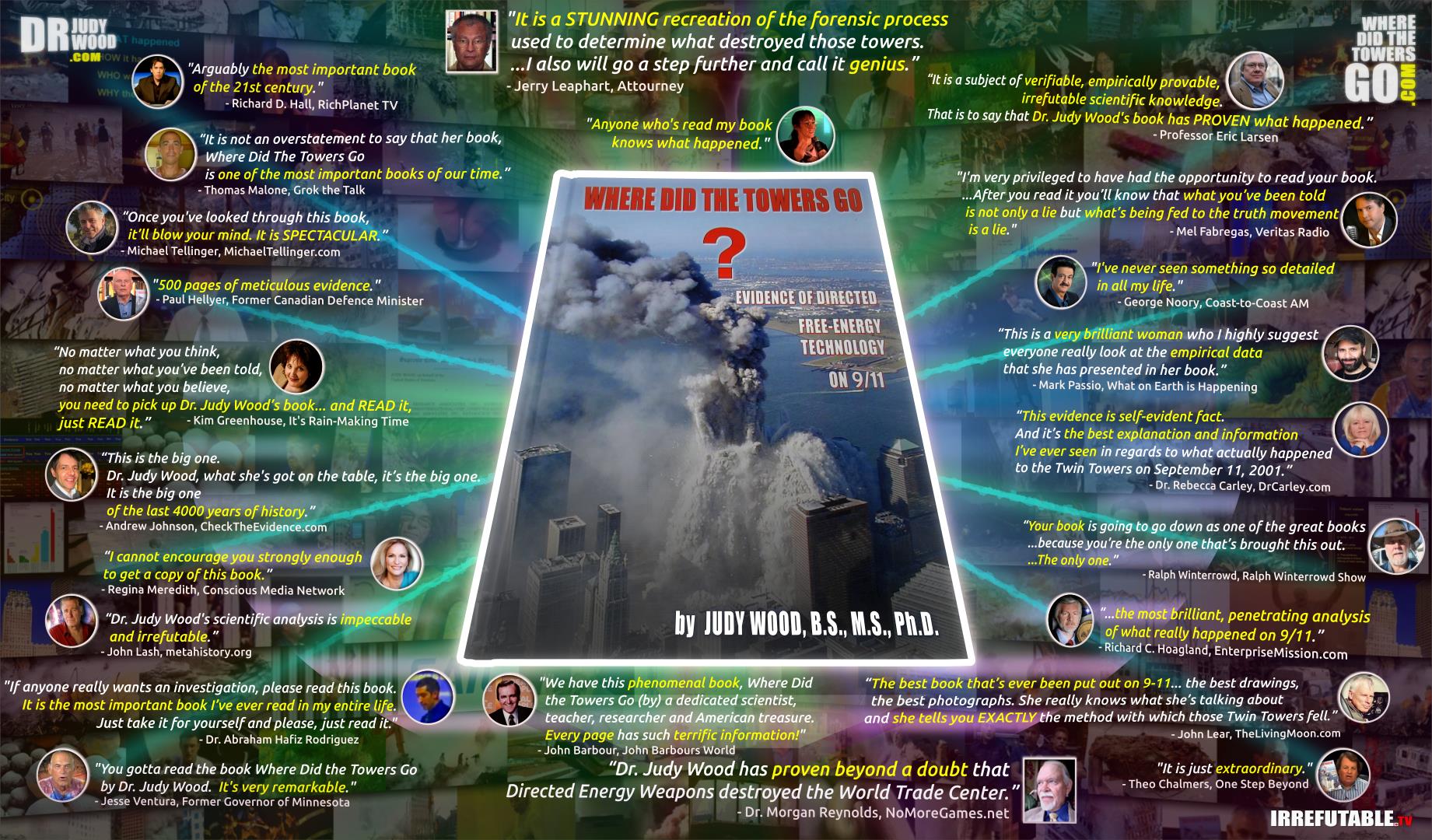