This is in Dutch but Google Translate seems to be good at translating it….

The author’s analogy with Ace Baker is a good one – he’s a character I wrote about over 10 years ago, in my first 9/11 book: tinyurl.com/911ftb

For the past week, we’ve been seeing stories popping up everywhere about a person named Dr. Andreas Noack. I immediately got a kind of Ace Baker feeling. Noack is said to have been arrested during a live stream and not much later his pregnant girlfriend reports that he was probably killed with a directed energy weapon.

The first thing that struck me was the quality of the videos. With today’s smartphones, you do have a slightly better video quality than what we see here. A well-known trick by the services to gain credibility for its own pawns is to blur videos or give them a low or choppy quality.

In addition, I noticed the acted emotion that I also see in types like Frank and Loes Ruesink . I don’t know if you still have a bit of a bullshit radar, but acted emotion is, in my opinion, the biggest trigger to recognize nonsense. If your husband has just been “killed with a directed energy weapon”, I think you will be spraying tears from the first second and you have a runny nose of emotions. None of that is visible. Take a look at the video below (from the 33rd second) and then read on.

The discussion starts in detail at about 10 minutes in. As usual, Kaufman makes some excellent points and observations.

They pretty much say this is propaganda www.newsworks.org.uk…

This is part of the news industry’s All Together partnership with the UK government to provide vital information to the nation about COVID-19.

And here it is in the shops 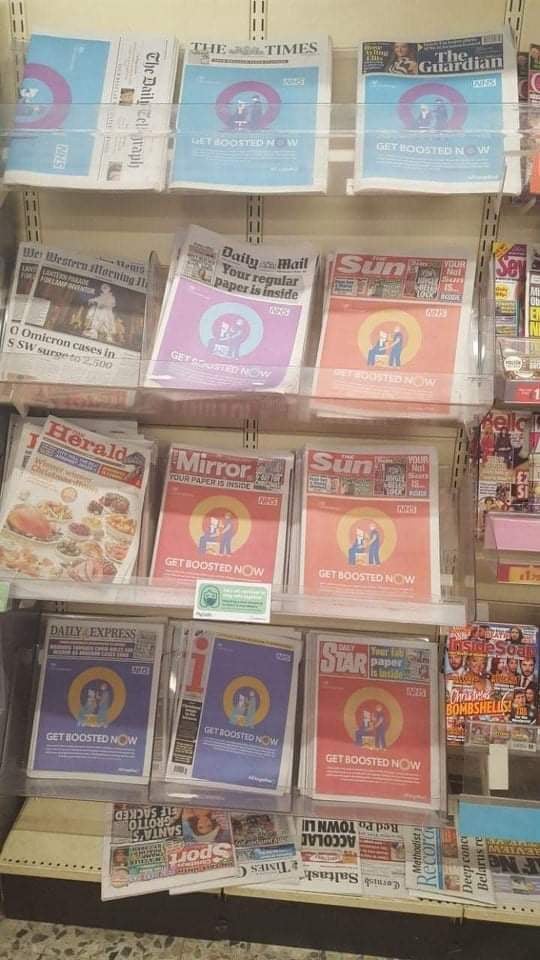 And look what good old Royal Mail was franking all the stamps with:

Commentary / review on Pfizer in NZ

Studying the Batches of Jab Vials – which ones are Bad?

I was told about the work of Craig Paardekooper by my friend of many years, PhD bio-chemist Dr. Dave Rasnick a few days ago; Today came this email from Dave, clarifying his shocking findings:

Three of his conclusions:

The companies purposely manufactured non-uniform formulations of their vaccines while representing to the public that all COVID-19 vaccines from a given manufacturer were uniform in their formulation.

1 in 200 lots contain deadly ingredients. He urged me to watch a series of videos, in which he lays out the unthinkable. One video here:

This extraordinary “web app” permits anyone with a Covid19 vaccine batch code to enter that code & learn whether you’ve been injected with a “hot lot” or something less harmful.

We understand that the vaccine makers have legal immunity against prosecution.

That means if you’ve been injured, you can’t sue them.

But their indemnity does NOT cover breaking various federal laws relating to product consistency. It’s a very serious crime to allow “adulterated product” to be sent out. When such products cross a state line, further offences are committed.

Legal eagles are moving on this aspect & I hope the revelation that there are extraordinary degrees of variability, batch to batch, in terms of toxicity.

I hope this information & tool will be of use to some people seeking answers.

Ps: please distribute this as widely as you can.

UK Government admit that the vaccines have damaged the natural immune systems of the double jabbed.

The following text has been posted in a number of places – and has done the rounds on Facebook etc. I did hear related statements a few months ago – about how jab recipients would actually have their immunity reduced etc.

The British government has spilled the beans about that fact that once you get double jabbed, you will never again be able to acquire full natural immunity against Covid variants – or possibly any virus.

In its Week 42 “COVID-19 vaccine surveillance report,” the U.K. Health Security Agency admitted on page 23 that “N antibody levels appear to be lower in people who acquire infection following two doses of vaccination.” It goes on to explain that this antibody drop is basically permanent.

We know the vaccines do not stop infection or transmission of the virus (in fact, the report shows elsewhere that vaccinated adults are now being infected at much HIGHER rates than the unvaccinated).

What the British are saying is they are now finding the vaccine interferes with your body’s innate ability after infection to produce antibodies against not just the spike protein but other pieces of the virus. Specifically, vaccinated people don’t seem to be producing antibodies to the nucleocapsid protein, the shell of the virus, which are a crucial part of the response in unvaccinated people.

In the long term, people who take the vaccine will be far more vulnerable to any mutations in the spike protein that might come along, even if they have already been infected and recovered once, or more than once.

The unvaccinated, meanwhile, will procure lasting, if not permanent, immunity to all strains of the alleged virus after being infected with it naturally even just once.

Keep the light of humanity Alive!

Collusion Between the World Economic Forum and the Dutch Government

youtu.be/Iua3nVI1CxY (Not sure why he’s all dressed in black…. I just notice these things)

As there documents are over 1 year old, I suspect this is another timed leak – this “part of the plan” has already been executed – they have already got away with this part of it… 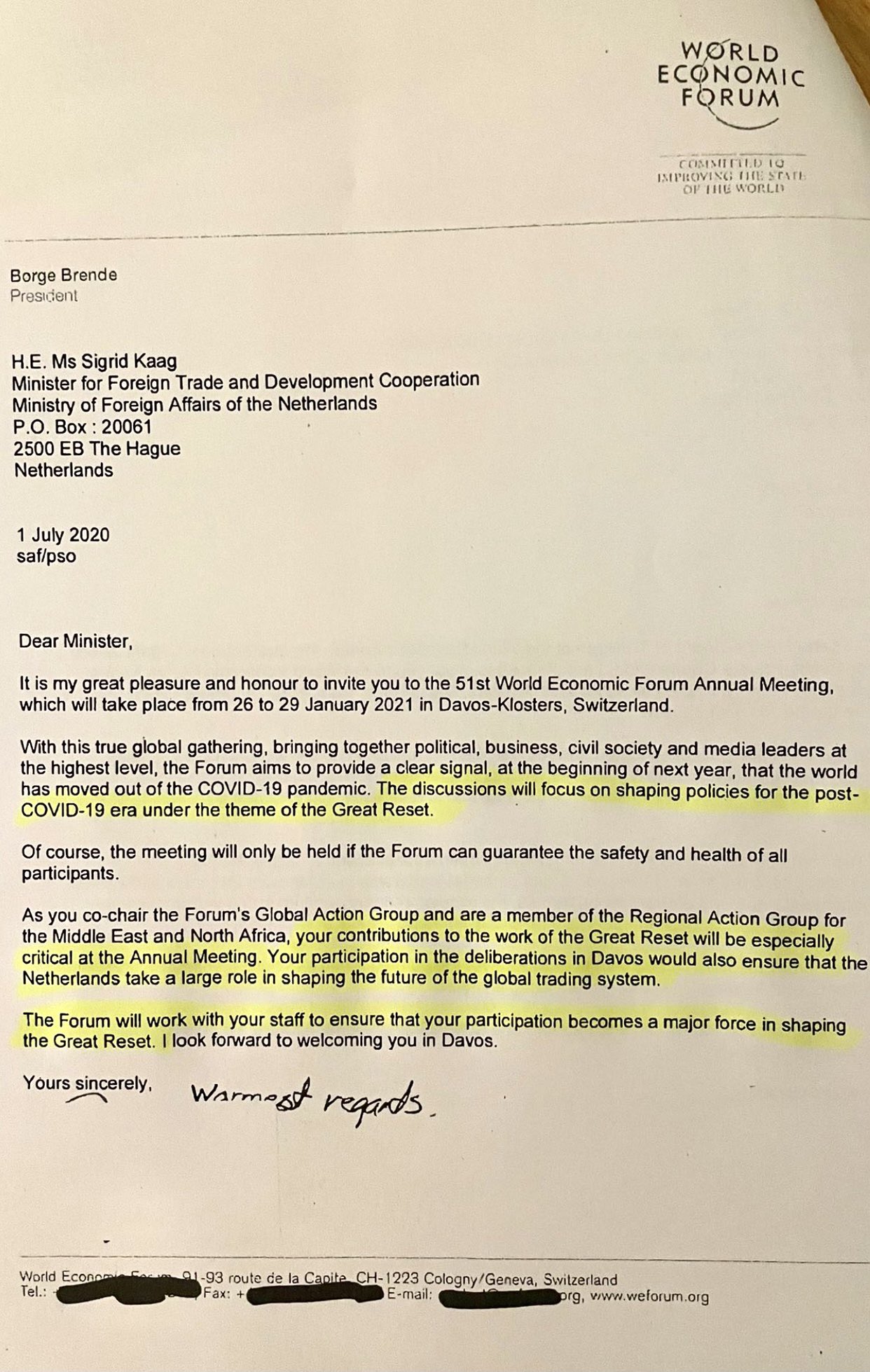 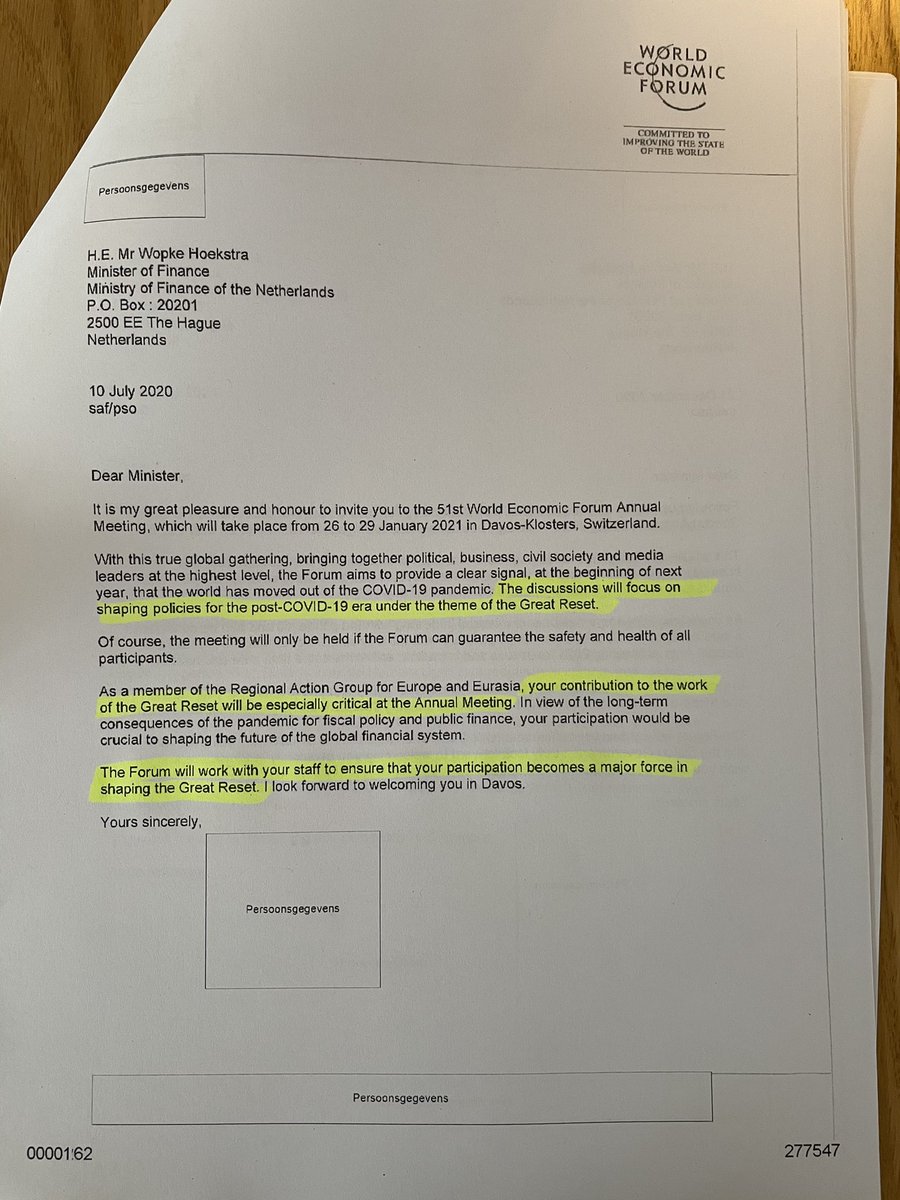 Another posting regarding these letters by David Clews suggesting folks to an FOI initiative re MPs and WEF etc. However, there is already information on the UK Govt. website

Nevertheless, I quickly did an FOI to the Cabinet Office: www.whatdotheyknow.c…. Anyone can do the same there.