For some time, I have been meaning to add a short but significant section to chapter 24 of my free book “9/11 Holding the Truth” – regarding 2 UK journalists that wrote articles relating to 9/11 research in 2006 and 2007. I’ve had the notes for this in sent emails and in some saved files. I decided “dust this down” and add it into the book, and post it separately here, as another illustration of how the mainstream media figures get involved (wittingly or unwittingly) in covering up the truth about the destruction of the WTC.

Jon Ronson – “A-Shilling for his Thoughts…”? 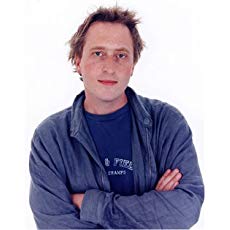 This UK journalist made several documentaries such as “The Crazy Rulers of the World[i],” about “conspiracy” topics. These programmes, in some places, have a sort of mocking tone, as I recall. Ronson has perhaps become most well-known for his (as far as I know) not-very authoritative book about the US Remote Viewing Program called “The Men Who Stare At Goats[ii].” This was made into a film in 2009 (or maybe the book and the film were developed at the same time, I have not checked – and this is not important in relation to what is discussed below). In 1999, Ronson apparently  managed to work his way into Bohemian Grove with Alex Jones – to film the “mock sacrifice to Moloch” ritual[iii]. I suspect that Ronson is well-connected – and that the infiltration was not exactly “a surprise” to the elites in society who secretly frequent the Californian Campground.

My experience with Ronson was that he came onto our UK 911 forum in July 2006 and was insulted by many posters as a “Jewish shill” or something similar. (I have no idea, myself, if Ronson is Jewish – and his religious disposition, race and ethnicity are irrelevant to this article). However, I invited Ronson to discuss the 9/11 evidence, in the article he was preparing to write at that time.[iv]  My knowledge of what really happened on 9/11 started to change a few months after I made the post referenced above – as I became aware of Dr Judy Wood’s research. (There are a massive number of trolls on the threads linked above – some of whom I met personally and took to be allies – but they turned out not to be). At first, I thought Ronson was genuinely interested in the truth, but like other journalists, this was not his real interest. He had his own agenda – to write a story – rather than discuss the truth.

On the forum thread, you can see Ronson agreed[v] that I was being “more reasonable” than other posters so I challenged him to discuss the actual evidence and he replied:

Andrew, I will contact you in the coming weeks. You are clearly among the sanest and easiest-to-talk-with people on this forum. I do find the rudeness and fundamentalism displayed by others on this forum to be terribly off-putting. You are doing your movement no service. And I mean that in the most constructive way possible.

When I saw this post, I messaged him via his own website[vi], giving him my contact details. He never replied. (In compiling this article, I notice that currently, Ronson’s homepage, linked above, has a note at the bottom which reads “Site created and maintained for Jon Ronson by John Lundberg.” This is noteworthy as Lundberg has been involved with the Circlemakers Group[vii] – formerly known as “Team Satan” – who create Crop Formations by request.)

On 4 Nov 2006, almost 4 months after his “appearance” on the UK 911 forum, he published an article titled “We rationalists are the oppressed minority’” in the UK Guardian newspaper[viii]. Feel free to read the whole article, but I will include a few brief quotes from it, to give you an idea of what he was doing.

“Ronson’s strings are being pulled,” somebody writes. “You can bet there is a Zionist agenda somewhere in what he does.” Another poster adds that my Zionist overlords and I don’t only control the media, we also control “the money supply” and “everything else as well”. And it was us “Zionists” who orchestrated 9/11.

I tell them to stop being anti-semitic….

I stare out of the window a bit more. Then I have a very significant thought: “It is time for rational, sceptical people like me to get off the fence and make ourselves known. It is time for us to be publicly and assertively rational.”…

… Dawkins and I are the same. He’s unshackled himself from any lily-livered residual respect for vicars. He doesn’t buy the rose-tinted “country vicar coming round for tea” thing. He basically thinks vicars are no different to those 9/11 anti-semite lunatics. They’re all part of the same problem.

The Guardian article mentioned precisely 0% of the evidence he was pointed at by some of the more identifiable forum members. Ronson did not contact me and, more importantly, did not  mention a single shred of the 9/11 evidence. Instead, he made characterisations of a group of people and implicitly encouraged his readers to move to a position of “guilt by association,” rather than giving them an opportunity to study the evidence. This is dishonest journalism at its worst. So perhaps the only truth in his article was that some of the accusations made against him were true. As far as I am aware, Ronson has never, to this day, written anything useful about what happened on 9/11. He’s just one more reason that I no longer trust any mainstream media source.

At the time of writing this article, I have been a part time Tutor  (in IT subjects), since 2002 . However, back in August 2007, a short article I wrote about 911 was published in the Organisation’s Magazine, thanks to the help of a contact. You can read it on page 5 of a PDF file on my website, [ix] which is an archived version. I also posted this article, entitled “9/11 and the War On Terror – Creating Official Reality”[xi] on my own website.

Back in 2007, I was still talking about melting steel and “collapsing buildings” and in my article, I wrote:

Kerosene burns at about 820C under optimum conditions. The WTC towers collapsed in 8.1 and 10 seconds respectively – this is (essentially) at a rate of freefall  i.e. they fell with no resistance – at all. For this to have happened, all 283 steel beams, which ran (in welded sections) from the top to the bottom of the building, would have to melt through or snap very suddenly. Unfortunately, for proponents of the official story, the melting point of steel is about 1480C  so no kerosene or office-flotsam-and-jetsam based fire could have caused the steel to either melt or weaken to the point of collapse.

I concluded the article with the following remarks:

All readers are encouraged to check and study the information outlined here for themselves and draw their own conclusions. This may challenge many aspects of what you took to be true and it may make you ponder what former US Presidential Advisor, Karl Rove really meant when he said “We’re an Empire now. We create our own reality.”

The terms of reference for the production of the final NIST WTC report (NCSTAR 1) have now been the subject of a Legal Challenge by Professors Morgan Reynolds (Emeritus, Texas A & M University) and Professor of Mechanical Engineering Judy Wood (formerly of Clemson University, South Carolina). Their challenge is made as a “Request for Correction” and they charge that, as it is framed, the NIST study of the WTC collapse will be fraudulent and deceptive.

(I was writing about these cases at the time – trying to draw serious attention to them, as I documented in “9/11 Finding the Truth.”)

administration blew up the WTC.” Of course, there are several in-built assumptions and implicit problems here. For example, using the term “raver” implies that the person challenging Fisk to be more truthful is not an “average” person. (Fisk should simply have replaced this somewhat derogatory label with “some people” or “someone.”) Also, he assumes that people who know the official narrative is untrue believe that the US government “blew up” the WTC with bombs – which is also not the case here.

Fisk, like myself, a graduate of Lancaster University, then goes on to note several “problems” with the official narrative of 9/11. He writes:

If it is true, for example, that kerosene burns at 820C under optimum conditions, how come the steel beams of the twin towers – whose melting point is supposed to be about 1,480C – would snap through at the same time? (They collapsed in 8.1 and 10 seconds.) What about the third tower – the so-called World Trade Centre Building 7 (or the Salmon Brothers Building) – which collapsed in 6.6 seconds in its own footprint at 5.20pm on 11 September

Two prominent American professors of mechanical engineering – very definitely not in the “raver” bracket – are now legally challenging the terms of reference of this final report on the grounds that it could be “fraudulent or deceptive”.

Let me repeat. I am not a conspiracy theorist. Spare me the ravers. Spare me the plots. But like everyone else, I would like to know the full story of 9/11, not least because it was the trigger for the whole lunatic, meretricious “war on terror” which has led us to disaster in Iraq and Afghanistan and in much of the Middle East. Bush’s happily departed adviser Karl Rove once said that “we’re an empire now – we create our own reality”. True? At least tell us.

Now,  if Robert Fisk was one of my students, it is quite likely that I would have warned about possible plagiarism and not referencing his sources properly. (He neither contacted me nor credited me in his article.) Much worse and much more significant, however, was that Fisk omitted certain facts – such as the names of Drs Wood and Reynolds. I don’t think this was an accident. If one reads his Biography on Britannica.com, you will find the following information:

He was one of the few Western reporters to have interviewed al-Qaeda leader Osama bin Laden, a feat he accomplished three times during the 1990s.

This means that he would have almost certainly had close links either with the Intelligence Services or military leaders in order to set up these meetings. Fisk, then, was either wittingly or unwittingly – willingly or unwillingly – part of the 9/11 cover up.