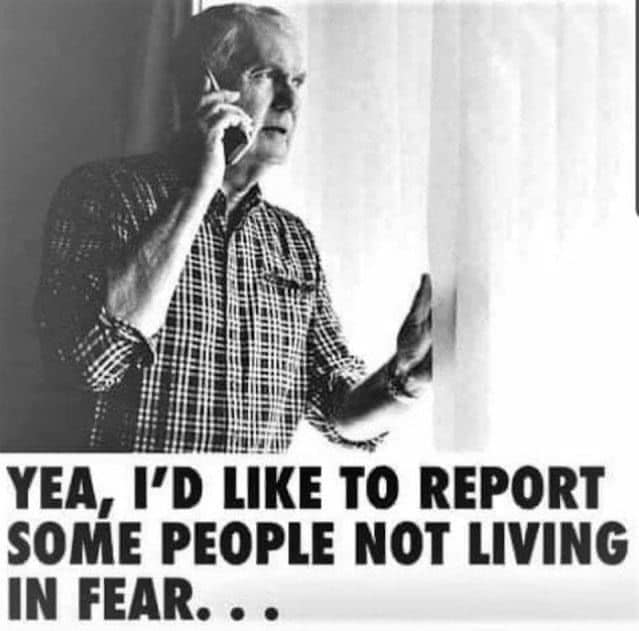 “Turning Society Against Itself”

Dr David Hughes sent me this draft paper/book chapter, which is very long (about 35 pages!), but illustrates with crystal clarity, from an academic and historical perspective, what’s really been going on. Abundant references at the end! Dr Hughes writes:

This is to alert you to a draft paper that I have just posted on my academia.edu site:

The paper will also form the basis for one of ten chapters in a book I am writing, with the provisional title Covid-19 as Psychological Operation: The Engineering of Totalitarianism. Any suggestions for a publisher would be gratefully received. Please feel free to share the paper. Although it is written to academic standards, the main intended audience is the wider public.

Iain Davis covers some similar territory to David Hughes (above), with a focus on what legislation has been passed (or supposedly passed, in the absence of the Queen) and what the various political parties and agencies have been doing.

On a similar theme to David Hughes’ paper above…

Professor Mattias Desmet talks about his work that connects past historical episodes of what is called “Mass Formation” (aka Mass Psychosis) and current events.  The risks are as grave as they come.  Unless a few brave and courageous people are willing to stand up and say “I don’t agree!” history suggests that we will end up with a fully totalitarian outcome.

The Japan Health Ministry has been receiving several reports of young people developing severe heart inflammation after taking the Pfizer or Modern mRNA vaccines. The public health officials recently held a meeting with a panel of experts to discuss the rate of myocarditis and pericarditis in young men and teenagers. All over the world, previously healthy athletes, coaches and referees have been collapsing on the field with heart problems. Japan is seeing similar cardiovascular issues in young and middle aged men.

Also sent to me by Dr David Hughes:

Just to draw your attention to a new peer-reviewed study on the “vaccine” contents published five days ago:

It is a summary of the evidence so far, rather than offering any new scientific evidence, but it is up to date on the graphene oxide/nanotechnology front. It is highly unusual to find this kind of thing in academia.

Incontrovertible evidence has now made clear that much of what has been perceived publicly about the story of SARS-CoV-2 and the pharmaceutical remedies offered (then mandated) was/is part of a sophisticated international fabrication of unprecedented proportion, depth, and deception. The origins of the virus, the approved testing regime, the flawed predictive models of spread and mortality, associated social-distancing mandates, and so-called vaccines and their claimed efficacy and safety, all point to a coordinated effort to manufacture public fear and hysteria so as to propagate and normalize transhumanist interventions in healthcare and human biology. This article begins with the simple question of how adjuvants in traditional vaccines are theorized to work and proceeds to analyze how the new injectable mRNA platforms deploy nanomaterials as delivery vehicles for genetic interventions with a range of other potential actions inside the human body, both intended and unintended. The authors draw upon the chronological and logical development of adjuvants and their use across disciplines in materials science, genetic engineering, and programming. The authors aim to disentangle the known, unknown, possible and likely contents and objectives of COVID-19 injections, in the context of the surrounding corporate, political, and ideological landscape. They conclude that the social disruptions created by COVID-19 have served as a means of instigating rapid transition to what unelected policymakers have called a Bio-Nano Age.

Dr. Daniel Nagase graduated from Dalhousie Medical School in 2004, is a registered member of the College of Physicians and Surgeons in Alberta where he has been a doctor for over 15 years, an emergency doctor for 10 years and has treated patients in rural under-serviced communities throughout Alberta since 2015. Dr. Nagase was fired after treating three Covid patients with Ivermectin at the Rimbey Hospital and Care Centre. Listen to him speak on the dangers of the injection from a microbiology perspective.

Absolutely not. They wouldn’t be acceptable for any medication brought to market, this magnitude of side effects, 31% either died, had permanent disability or were not recovered. It’s insane that at the time of the report to government authorities, April 30th, 2021 that this drug, this injection wasn’t pulled off the market immediately.

Explaining some devastating known side effects…

Sequela is some type of a problem that lingers even though you recovered. Let’s say you had an extremely high fever with seizures and the seizures never actually went away, you keep getting occasional seizures every now and then, or you have paralysis of an arm or a leg after the seizure and that just doesn’t go away.

Reverse transcriptase is where mRNA is turned into DNA, and depending on where that segment of DNA accidentally interrupts and integrates itself into the cell’s DNA, you can either be causing cancer, you can be causing mutations, or you might not cause anything at all. It’s completely random. The reverse transcriptase itself can lead this mRNA injection into causing new mutations in the DNA.

Effects on our children…

There were 34 instances where children under the age of 12 were given this injection between December 1st and February 28th. Of those 34 children, 24 had serious side effects. Of those 24 kids who had a serious case after getting this injection 16 were resolved or resolving, 13 had not resolved and five were unknown.

Risks of genetic damage to children….

We’re not even talking about the genetic damage. This is just the damage that they discovered in the first three months between December 1st and February 28th, a pregnancy is nine full months. We don’t know how many of the other cases that were non-serious in the first two months might turn into serious events, miscarriages stillbirths, birth defects, deformities, developmental delay, which is where a child doesn’t develop the ability to walk, talk or think at a normal rate. In previous years, it was called mental retardation. We have no idea what the long-term effects are.

Are smaller doses for children safe and effective?

No, as long as there’s enough of a dose, if it’s a 1/3, one quarter, one tenth a dose, it only changes the amount of time it takes to produce copies of itself. It’ll just take a little bit longer at one tenth of the dose than at the full adult dose. There is no safe dose for this injection.

Richard D Hall recently sent out this link to his subscribers:

The following research comes from the Spanish website corona2inspect-blogs… by Mik Andersen.

I have translated and pasted some of the most recent articles below, if you want more – then go to the website and click the Union Jack for English translations.

This analysis, if it is all genuine, is the most detailed study of the COVID vaccine contents I have so far seen. The implications are staggering if this is all true. I would like to see further independent corroboration of these findings, if anyone can help verify the findings I would be grateful to hear from you.

Identification of patterns in vaccines from corona virus: nanorouters

Since graphene oxide was discovered in Coronavirus vaccines, all the findings and discoveries made only confirm its presence (Campra, P. 2021). To date, there has also been more than reasonable evidence and indications of the existence of carbon nanotubes and nano-octopuses , mesoporous spheres , colloidal nano-robots ; objects that should not be part of any vaccine and that are not declared among the components of the same. Additionally, other types of objects have been identified and evidenced in images of blood samples, of people vaccinated with the Coronavirus vaccines, specifically micro-swimmers , nano-antennas of crystallized graphene and graphene quantum dots , as well. known as GQD.

While other nations green-light the use of ivermectin to treat Covid-19, the FDA appears to be working with the United States Postal Service to block shipments of the drug which many nations have found to be highly effective against the virus.

Across our great nation, Doctors, Nurses, and Pharmacists are having their rights stripped away by corrupt state and government actors.

We’re here to stand up for your rights to practice safe, effective medicine and serve your patients. The time is now to band together and take action in defense of our Constitutional Medical Rights.

AFLDS is opening its first medical clinic in the coming months, with many more planned shortly after. We would like to hear from you!

Doctors and Nurses: Do you want to honor your Hippocratic Oath and care for your patients without interference? Join us to practice medicine and nursing ethically and honorably. Protect your patients, community, and country.

Pharmacists: You are the final gatekeeper of the sacred bond between doctor and patient. If practicing good medicine means more to you than bowing to corporate mandates, click below.

All Americans: Are you a patient seeking access to doctors who are not influenced by anyone else? (Big Tech/Pharma/Govt.) We will be opening clinics across the country in the near future. Join the waitlist now.

Please visit the following link and let us know – your feedback will help us make decisions for future clinic locations!

Alex Thomson of UK Column Talks to Sean Deodat – “What comes next?”

Discussion is centred around “what might be on the cards” over the next few years and some general thoughts on “what you might consider doing or not doing.” ukcolumn.org/

Thanks to Max for these links and a synopsis of them:

Summary: An article by Dr. Maximilien Fortin, a professor at Concordia University who has been a vocal critic about the response to the pandemic. In this article he discusses how the values of academia have been compromised by a lack of intellectual integrity (something your website entitled “Check the Evidence” requires). This publication is written from a Canadian point-of-view, although some of its contents are applicable worldwide.

Summary: An overview of a recent book by Michael Senger that offers a glimpse of how China’s president has led one of the greatest crimes in the 21st century – the fraudulent COVID-19 pandemic. Examples are provided that illustrate how the propaganda campaign has affected the world, in addition to demonstrating as to how the lockdown policy has (Chinese) communist roots.

Summary: A tweet by a Kevin Sorbo that says the following “Pick up line of the week: Hey girl, your last name must be Pfizer, cause you just made my heart stop”. Note – I think a bit of humor of this kind is good from time to time as helps us to maintain our humanity and sanity.

Summary: A brief article in which independent researcher Jeff Green explains as to how both the established and alternative views of germ theory are flawed. He describes as to how isolation in accordance to Koch’s Postulates alone is not a reliable method for identifying viruses, as has been advocated by some, e.g. Andrew Kaufman, David Crowe and Tom Cowan (correct me if I am wrong as for the latter). He concludes that germ theory is fundamentally flawed and that a wide variety of research methodologies are required for making correct observations of viral activity. He makes reference to publications on his website for readers as what he says challenges a rigid dogma.

From the studio of Martin Noakes! www.youtube.com/watc…

“Would extinction be so bad?”

Nihilism is now more popular than ever before, it seems!

“Given the amount of suffering on Earth, the value of the continued existence of the planet is an open question.”