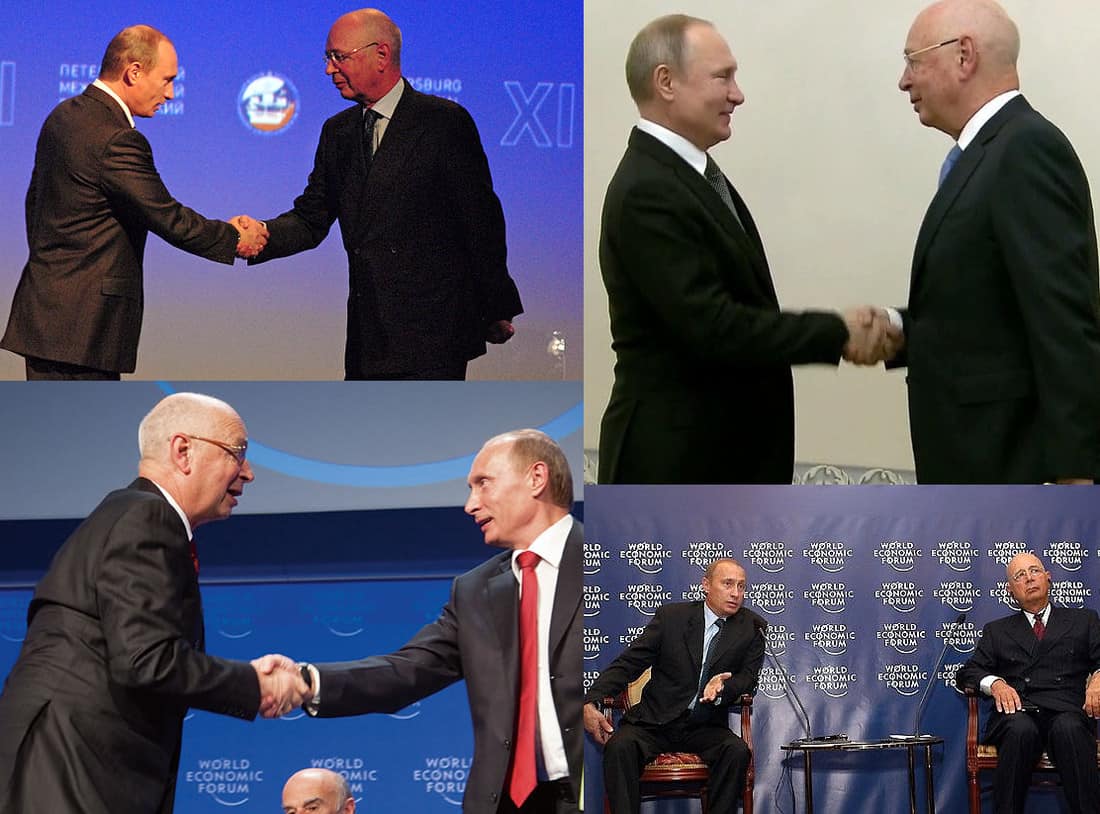 If you have trouble playing the film from Richplanet, please use this Alternative Link: wolfclanmedia.org/co…

Richplanet proudly presents the latest film by U.S. film maker Chris Hampton of Wolf Clan Media. The film delves deeply into the companies, individuals and families who have profited from the global pandemic scam. He exposes a complicated web of global power, which leads largely to Switzerland and also to Italian black nobility families. The film features an interview with Iain Davis who was featured on Richplanet show 290.

Pfizer’s COVID-19 Vaccine Goes Into Liver Cells and Is Converted to DNA: Study

The messenger RNA (mRNA) from Pfizer‘s COVID-19 vaccine is able to enter human liver cells and is converted into DNA, according to Swedish researchers at Lund University.

Some people have said that the whole Ukraine/Russia theatre was launched to distract from things like this.

You’ve heard of the Young Global Leaders? Global Shapers is a second layer of penetration by the Great Reset’s Klaus Schwab & World Economic Forum. It’s deep. If you can support my work, please visit my website here: amazingpolly.net/

As Karl Rove (or someone) said in 2006: “We’re an empire now, and when we act, we create our own reality. And while you’re studying that reality – judiciously, as you will – we’ll act again, creating other new realities, which you can study too, and that’s how things will sort out. We’re history’s actors… and you, all of you, will be left to just study what we do.”

www.firstreporter24…. (Whoever said it seemingly didn’t want to own up to it later…)

List of Supplements Believed to Lessen or Prevent Continued Damage from the Spike Protein:

(not in any specific order).

(There is no need to do it all: choose only what fits your needs)

1. Bio-Fibrin: 5 proteolytic enzymes capable of breaking down circulating spike proteins proven to be injurious to cardiovascular system. 2/day on an empty stomach after “V” or exposure. Contains serrapeptase and nattokinade which also possess significant anti-inflammatory and clot dissolving properties.

2. TRS (nano-zeolite) work up to as many as 10-12 sprays/day when you are WITH the co-vacc’d and go back down several days afterwards to a maintenance dose (1-5/ day) when NOT with them.

TRS’s purpose is to bind foreign metals and toxins and carry them out of the body without redistribution:

TRS targets suspected metals and toxins IN the covid-19 experimental “vaccine” but not showing in the ingredient list. One side effect post-vac is a strong metallic taste in the mouth indicating metals. There is also confirmed electron microscopy of graphene oxide, aluminum, and other toxins IN the “V”s.

Science reveals the experimental “vaccine” may lead to “prions” which cause rapid dementia. TRS removes metals that prions need to replicate in the brain.

We personally used TRS to overcome prion disease (our story).

TRS cannot undo the “V” or mRNA alteration to DNA. That part is considered permanent.

TRS does not heal or cure anything; it clears the body of toxins/metals so the body can heal and rebalance itself as it was designed to do.

You can also nebulize with Glutathione.

Dandelion tea. Drink tea, 2 cups/day.  Safe for use in pregnancy, may prevent miscarriage. Common dandelion blocks interaction between ACE2 and spike protein and variants. Anyone can make this antidote as tea.

7. Please have Ivermectin ON HAND for prophylactic or early acute care. Here is a big list of US Telemed prescribing Docs. Studies overwhelmingly show effectiveness esp. when taken within the first 5 days.

Ardern may have won the battle, but not public opinion

Anyone watching Counterspin Media’s comprehensive live stream of police confronting protesters at Parliament on Wednesday 2 March will be in no doubt that officers wearing full-face helmets and body armour were intent on raising tensions with campaigners calling for an end to vaccine mandates.

Anyone watching could guess where this was going and how it would all end. What I knew for sure is that whatever was going down would take place in time to make the 6pm ‘news’. And it did.

After hours of pushing and shoving against lines of unarmed and peaceful members of the public protecting ‘Camp Wellington’ the police made their move, pepper spray in one hand, riot shield in the other, and a forget-me stick swinging on their belts.

(Both Ardern and Trudeau have sanctioned the use of force against peaceful protestors. That’s great WEF-inspired leadership, right?)

In October 2020 Dr Andrew Hill was tasked to report to the World Health Organisation on the dozens of new studies from around the world suggesting that Ivermectin could be a remarkably safe and effective treatment for COVID-19.

But on January 18th 2021, Dr Hill published his findings on a pre-print server. His methods lacked rigour, the review was low quality and the extremely

positive findings on ivermectin were contradicted by the conclusion. In the end, Dr Hill advised that “Ivermectin should be validated in larger appropriately controlled randomized trials before the results are sufficient for review by regulatory authorities.”

The researcher seeking a global recommendation on Ivermectin had instead recommended against it. What were his reasons for doing so? Were his conclusions justified? Or were external forces influencing his about-face?

One year on, this film recalls exactly what happened from the perspective of somebody that experienced it first hand; Dr Tess Lawrie; also featuring contributions from Dr Pierre Kory and Dr Paul Marik who worked closely with Dr Hill during the same time frame.