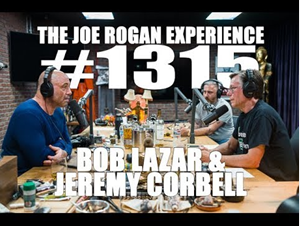 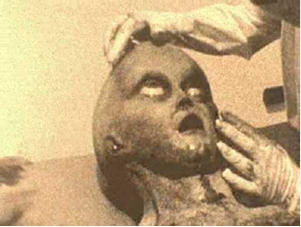 Following on from the Admiral Wilson document release, Grant Cameron posted another link to some more pages from Eric Davis (from 2001) that have been posted/leaked/released (almost certainly from the same source): imgur.com/a/7D5xIGk

I made a PDF (and OCR’d it to extract the text) and posted it here: checktheevidencecom….

The documents and emails are to do with the 1995 Santilli Alien Autopsy film – largely regarded as a fake / hoax. When I interviewed Ed Fouche, he said that the Santilli film was “put out” because they’d lost track of the real autopsy film and so a fake version was put out to discredit the “real” version should it ever appear. (I would suggest a similar thing was done with the MJ12 documents – i.e. fake or doctored versions were put out to discredit the real ones, should they ever appear).  Ed Fouche included a document called “Attachment D” in his “Alien Rapture” novel – this (retyped) document was given to him by a contact called Dale – and it describes an alien autopsy)

If you read what the Eric Davis/Bigelow document Kit Green says “The video is real” (more than once). He doesn’t say “What is shown in the video is real.” Green doesn’t seem that curious about other details about the alien, somehow. But, there is little new information in this document – apart from, perhaps, discussion of some features of the alien’s organs (read Davis’ summary at the start of the document). I think Ed Fouche was given mostly correct information – and in reading the “Attachment D” document, you will find much more information (which was posted over 20 years ago) than in this “new” leak. Indeed, some of the information was presented at the 1998 IUFO conference in Nevada – 3 years before the date of the “new” Eric Davis leak.

I covered the Lazar case in some detail in chapter 10 of my FSSP book.

The Rogan interview is interesting and engaging, though it does seem (to me) to be part of the “managed and limited hangout” type of disclosure that has been going on for years. I think Corbell may be following “talking points.”

There are snippets of info from Lazar’s story that I don’t remember hearing before – such as him giving consent for his phone to be tapped and because of that (later), he discovered his wife was having an affair. Also, Lazar tells a story of how they were being watched with a night vision scope when they were filming the test of the craft with John Lear and Gene Huff.

Here are some notes I made on this new interview.

Let’s not forget that Lazar worked at Los Alamos National Labs – which comes up again and again in relation to the UFO/Black Programmes issue (Steven E “Thermite” Jones also did some work for Los Alamos.)

There is also a recent Q & A with Lazar, Jeremy Corbell and George Knapp here:

(Notice the big caption: “Extraordinary Beliefs” – no mention of “Evidence”).

There is a short but interesting compilation video at around the 56 minute mark – but this includes one TV simulation of the 1952 Washington DC UFO flyover and one of the Apollo UFOs (which are almost certainly fake footage as they never landed on the moon).

Overall, I have not changed my conclusions about the Lazar story (which, as mentioned above, I wrote up in my FSSP book).

Taking these 2 recent postings together, again we see little or no new information revealed – with much fanfare and some associated speculation.