[Edited for clarity by Andrew Johnson]

Here, Will Louch considers the ideas of resonance – which can be observed in sound waves – applied to electromagnetic radiation. He suggest that if resonance can be achieved, and applied appropriately, then antigravity and free energy can be attained and this might help to explain both the Hutchison Effect and events at the WTC on 9/11.

Electromagnetism (EM) is of course a spectrum. It is the hybrid of electricity on one axial plane and magnetism on the other.

These two components can be thought of as waves – which oscillate/vibrate as one (i.e. they are normally “in phase”). I am aware of being able to artificially separate the two using “phase cancellation.” 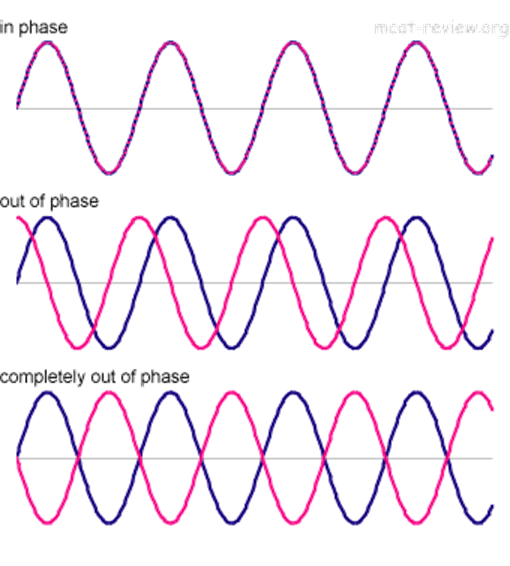 I draw parallels with how this can be achieved with sound. For example, play two pure tones together and flip the phase of one exactly 180 degrees. If aligned correctly the two signals of the same pure tone and amplitude will cancel one another out, meaning two sounds “add up” to silence. (This is the basic principle which noise cancelling headphones use).

I suggest that certain types of advanced Directed Energy Weapons could use this principle and then manipulate the magnetic component by applying a number of “volts per second” and that this could then result in what some call quantum entanglement, or “spooky action at a distance”, to quote Einstein. By understanding resonance, whereby you can use sound to resonate an object at its fundamental (resonant) frequency, the object can be destroyed – for example when a singer can break glasses by singing the resonant pitch of the glass – or this can be achieved by playing a specific tone through a speaker.

Scalar, or the longitudinal component of EM can, using resonance, achieve similar results. This is what is being seen in The Hutchison Effect, which I understand was produced using electrostatic fields (among other things). I also contend that this “scalar” and gravity are inter-related, as explained below.

I believe within black budget programs, gravity is fully understood as part of a hidden, unified physics – to us in the white world, it seems like magic and that is no exaggeration. Let us consider the nature of a magnet and try and make some deductions about how it behaves.

A Magnets Poles and Field Lines

A magnet is comprised of two ‘poles’, on one pole it has an expansive/expanding energy, on the other is a sucking or sinkhole energy. A normal bar magnet, or one with “two ends” or “two faces” it is “bipolar” in form  and in harmony, as a circuit, where its field lines join back to themselves  and form the shape of a toroid (please look at a magnetic field under a ferro cell).

If, for a moment, one considers the magnet to be electrical in nature, we can say the magnet has both an anode and a cathode – in a very real sense. The way in which this comes about is by understanding centripetal and centrifugal vortexes. Might I suggest that each of the poles has both centrifugal and centripetal spin/vortex element. On one side (pole) the centrifugal wins, and on the other side (pole) the centripetal wins. Each pole would be considered an anode or cathode, depending on the spin direction of the vortex.

A magnet is both a sinkhole and a fountain. Particle spin is determined by its magnetic polarity and therefore its inherent charge. In earth’s atmosphere, cyclones generally spin in one direction in one hemisphere and in the opposite direction in the other hemisphere.

If you were to slice a magnet into “deli thin slices,” each slice would still have an inherent south and north ‘pole’. At the centre of those poles is ‘zero point’ (aka counterspace and a whole host of other names including aether, or even inertia). This is an infinitely small region – without spatial properties. It is, I propose, the loss of this inertia that creates the visible universe at all.

It is no coincidence that all conventional energy production (except solar energy, which is essentially a very inefficient open circuit) involves a generator which either moves a magnetic field through a copper coil or moves a copper coil around a magnetic field. Essentially our understanding of energy production is entirely erroneous as at no point are we creating energy in the process. We are tapping into “zero point,” or vacuum energy.  Nuclear power, hydroelectric power, coal, gas, oil, wind all, ultimately require the moving of a conductor in magnet field or vice versa. We assume it’s really sophisticated but it isn’t – as we are clearly overlooking something on a daily basis.

Electromagnetic induction which can be demonstrated by dropping a magnet through a copper coil with LEDs attached, as the magnet falls through it will light up each LED in turn.

Now what is my point? My point is that all energy is already free when you remove the need to burn or use fissionable material to move something through a magnetic field. We can achieve this in a multitude of different ways, such as setting up a standing wave of EM up and down two magnetic rods, each rod being earthed and terminated on either end separately, while each being the magnetic polar opposite.  One thus becomes the “anode” and subsequent magnetic pole and vice versa.
Each has a standing wave of EM moving up and down that is unable to join back to itself – so it bounces up and down – the length of the pole (one being the positive the other being the negative ), so no actual physical movement is required in this arrangement.

The way in which you “get” the energy for that would be an LED (amongst others), which can produce light or absorb light. Much like headphones can play sound or record sound. Free energy is – and has always been – free except, for our methods of utilising it. A solar panel is an open circuit that absorbs light from the sun and as previously stated it is painfully inefficient as its “tuned” to particular spectra of light rather than just being an open circuit for light.

So how does this come in to gravity? Much like we call the electromagnetic spectrum a whole host of different names, such as radio waves, microwaves, gamma radiation, x-ray, infrared, visible light, it’s “all the same thing underneath.” It is all essentially light, some of which we can see and call light, and some of which we do not see and so we use the other names. It is all radiant energy that oscillates at various speeds, that is all that changes.

Take a remote control and point it at a camera and press the button on the remote, your camera is able to see the infrared beam light up whilst our eyes are not able to. The same can be said for the whole EM spectrum from the slowest oscillation to fastest oscillation.

Light at fast enough frequency of oscillation becomes what we call matter – as seen in a Sept 2020 Large Hadron Collider experiment where they took two very powerful lasers and with constructive coherent interference at the cross section created matter or what we call matter. It’s still extremely high energy  light, regardless of what we call it.

Matter and energy are interchangeable as E=mc2 states, I suggest a more complete version of this equation would include the use of negative figures. The equation states that energy is equal to matter times the constant (speed of light) squared. It’s saying how energy moves/waves propagate by following the Inverse square law and that energy and matter are one and the same, two sides of the same coin. You will notice all radiated energy including what we call gravity behaves in this way. The positive aspect. whilst applied to the wave, is just one part of the oscillation – it is not taking in to account the negative part of the propagation. So E=mc2 should actually be expanded to apply to wave propagation in both positive and negative polarity. As matter and energy behave like waves, they therefore must have both the positive and negative polarity represented.

So counterspace, zero point, unity, infinity is what gives rise to gravity, as it’s an acceleration towards that point (or nulls created by interacting bodies) that we call magnetic attraction. Magnetic repulsion is the result of incoherent fields and as such, they create a gravitation effect in between bodies. See this under a ferro cell with like poles forced together: Opposing poles under a ferro cell:

Gravity and spinning around stellar objects is merely caused by having the acceleration towards the same point (or a null in between). Only the fields of influence are all in equilibrium, so distances are determined by the gravitational fields of all entities, inverse square law. Something similar occurs with acoustic levitation. In the solar system, the planets sit in a null point, which is like a kind of pressure mediation.

Magnetism is why we see anything in the visible universe at all. It is also part of a mechanism of evolution, magnetism is seldom (if ever) properly understood in the public domain and the reason for this poor understanding will become obvious when you realise what can be done with it.

DNA, brain synapses, heartbeats, blood plasma, cells etc. can be viewed as being luminescent –  although this is usually thought of in terms of the electrical signals they can generate. Wherever there is electricity there HAS to be a corresponding magnetic field component, unless shielded or artificially separated in a similar fashion as how I explained above by using phase cancellation. So, by understanding field theory, wave propagation, magnetism, phase, you can levitate things, destroy things, heal people, harm people and quite possibly ‘dustify’ things as Dr Judy Wood pointed out.

This technology that John Hutchison stumbled upon may very well work in similar ways to the general outline I have given above.  We can consider unifying a few expressions which essentially say the same thing.

Gravity is no different to electrostatic charge. Dielectricity, magnetism, gravity and electricity are different expressions of the same thing. Like H20 which can be in the form of ice, water or steam it’s the same fundamental thing, in different energy states. As Einstein said, energy can be converted to matter – and vice versa, so they are essentially, then, different forms of the same thing.

Magnetism is what gives rise to all of them; it is the mother or father of electricity, dielectricity and what we call gravity. We are all accelerating towards the centre of the planet of which is a very large bar magnet itself, and stellar objects are also, I argue, bar magnets. The inherent field of influence surrounding each stellar object can be visualised in a similar fashion to what physics calls space-time, bending space. This is not an accurate analogy, but it is all essentially the pressure mediation of fields of influence and all things like to be at their lowest energy output or configuration so wish to settle in to nulls. The spin arrives from previous movement – as the planets are sat in what would be best considered a frictionless bearing, so you have perpetual motion.